There has been a LOT of excitement since this book was announced -do not miss out! 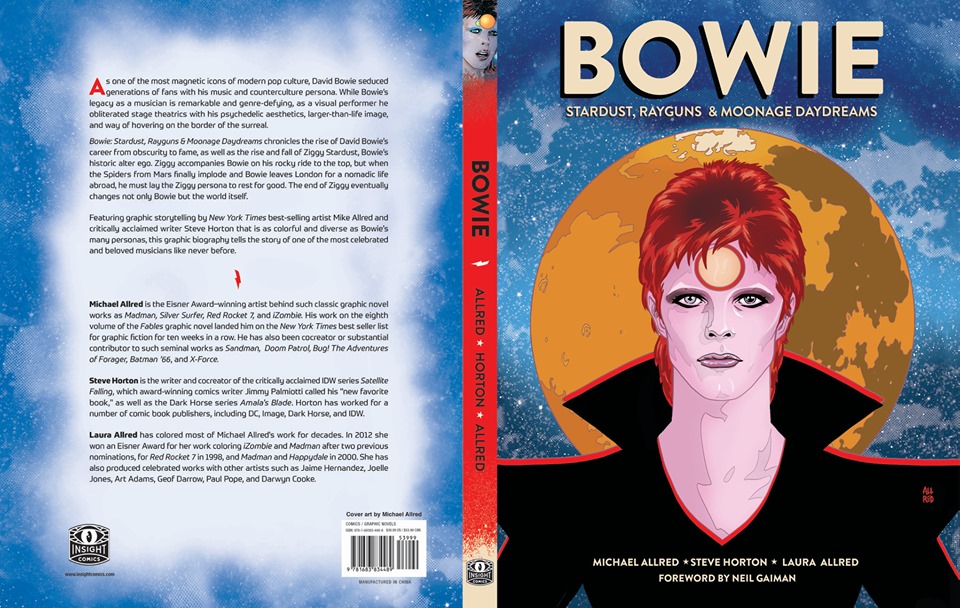 In life, David Bowie was one of the most magnetic icons of modern pop culture, seducing generations of fans with both his music and his counterculture persona. In death, the cult of Bowie has only intensified. As a musician alone, Bowie’s legacy is remarkable, but his place in the popular imagination is due to so much more than his music. As a visual performer, he defied classification with his psychedelic aesthetics, his larger-than-life image, and his way of hovering on the border of the surreal.
BOWIE: Stardust, Rayguns, & Moonage Daydreams chronicles the rise of Bowie’s career from obscurity to fame; and paralleled by the rise and fall of his alter ego as well as the rise and fall of Ziggy Stardust. As the Spiders from Mars slowly implode, Bowie wrestles with his Ziggy persona. The outcome of this internal conflict will change not only David Bowie, but also, the world.

Michael Allred, Artist: Michael Allred is the artist behind such classic graphic novel works as Madman, Silver Surfer, Red Rocket 7, and iZombie. Michael’s work on the eighth volume of the Fables graphic novel landed him on the New York Times bestseller list for graphic fiction for 10 weeks in a row. He has been co-creator or substantial contributor to such seminal works as SANDMAN, SILVER SURFER, FABLES, BATMAN ’66, X-FORCE, X-STATIX, and iZombie. This last became a TV series on The CW in 2015 and was just renewed for a fourth season. Allred has more than 35,000 Twitter followers and 8,000 Facebook likes.
Laura Allred, Artist: Laura Allred is an Eisner-winning colorist. She has colored most of Michael’s work for decades. In 2012 she won an Eisner Award for her work coloring iZombie and Madman after two previous nominations, in 1998 for Red Rocket 7 and 2000 for Madman and Happydale in 2000. She has also produced celebrated works with other artists such as Jamie Hernandez, Joelle Jones, Art Adams, Geof Darrow, Paul Pope, and Darwyn Cooke.
Steve Horton, Author: Steve Horton is the writer and co-creator of the critically acclaimed IDW series, Satellite Falling, which award-winning comics writer Jimmy Palmiotti called his "new favorite book," as well as the Dark Horse series, Amala's Blade. Horton has worked for a number of comic book publishers, including DC, Image, Dark Horse and IDW.
https://insighteditions.com/product/bowie-2/?utm_source=Gaiman+Link+-+BOWIE+announcement&utm_medium=influencer&utm_campaign=BOWIE&fbclid=IwAR3qABW73dTg00G1uz9oepB2xj-wACY6JVRVdKke8tNNklZXwYi27w7OE44#prettyPhoto 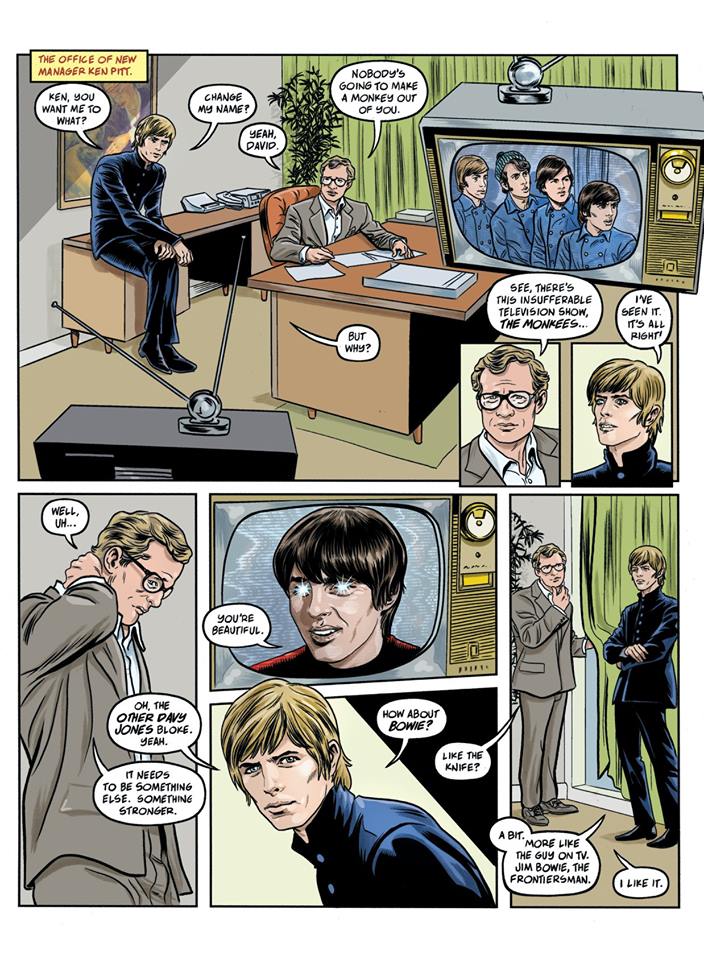 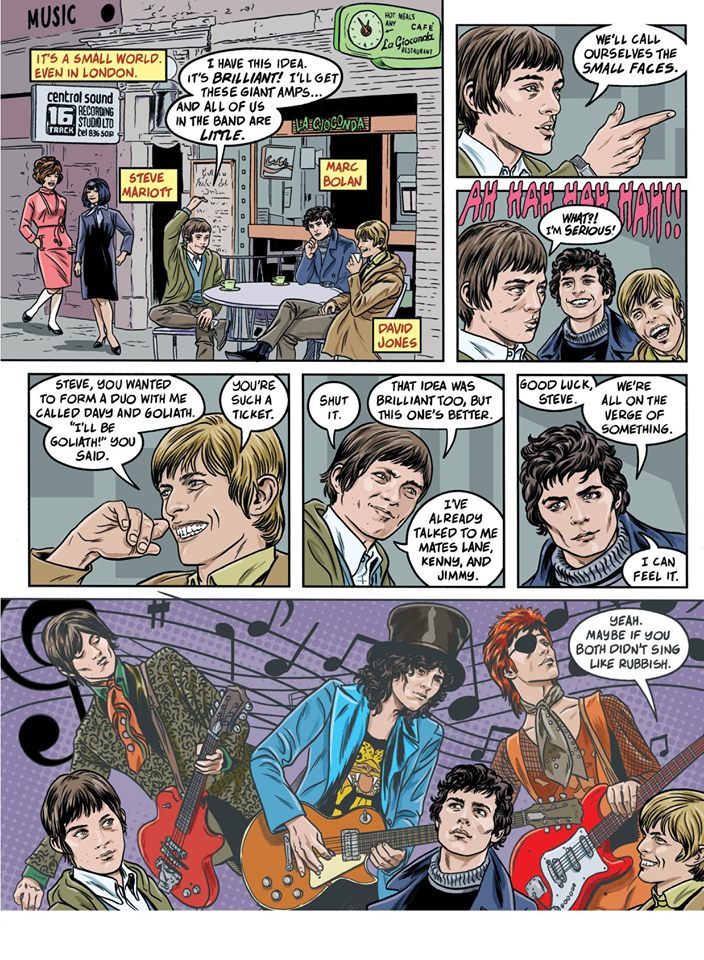 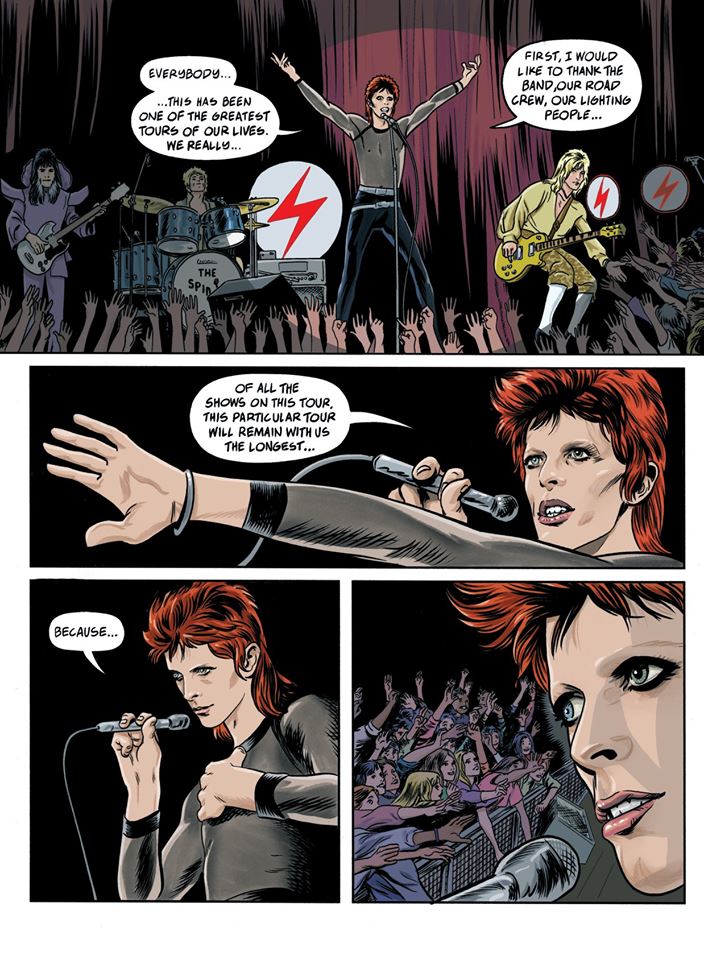 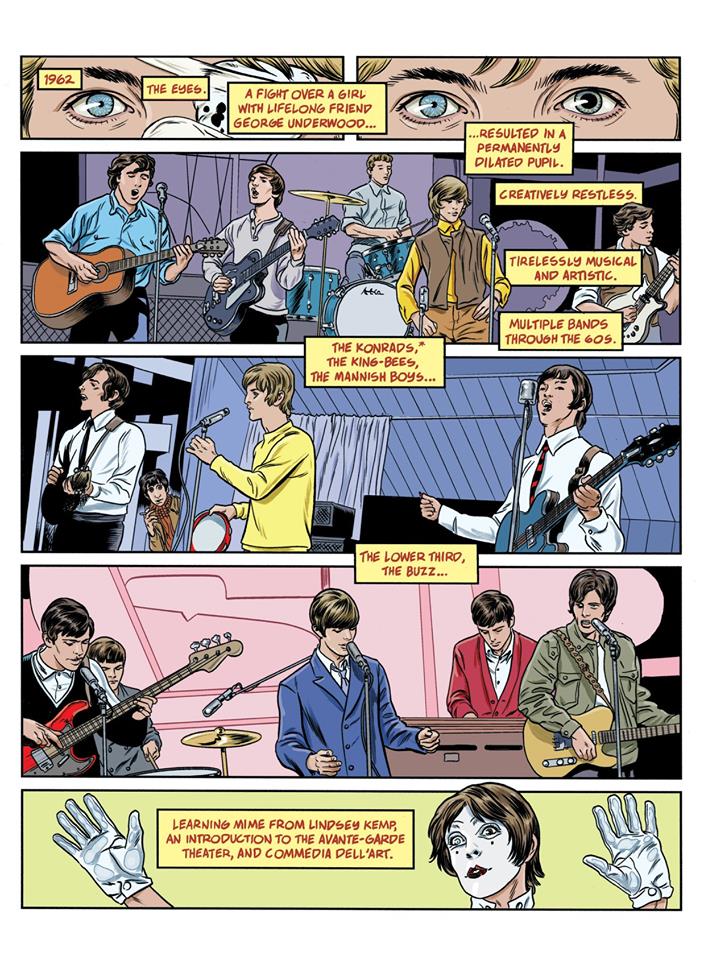 Posted by Terry Hooper-Scharf at 17:47