I Wake Up And It Seems The World Is Still there -And I NEVER Imagined Kanye West (he's real!) 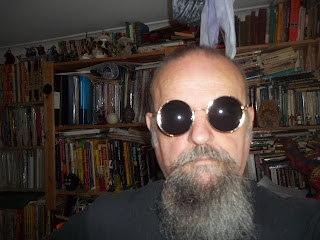 As these photos are, apparently, really getting into certain peoples minds and making them angry I thought I'd upload this one again just for them!

"Someone" told me to brace myself over some internet group chat going on about what can be done about me.  he seemed rather taken aback that I wasn't shocked!

So part of the comments shared by some of those "really nice guys" of UK comics and passed along to me by someone I can't name for obvious reasons!

No such thing as a "UK comics Mafia"? They've helped destroy UK comics and try to pitch themselves the golden boys of comics to be admired and worshipped. Ask me again WHY I think the UK is dead comics-wise....

On the lighter side of things the new trend amongst former comic 'die-hard fans' has emerged.  Live reviews of comics are in the minority now.  The "New Thing" is watching movies or TV programmes live -via Google chat where 3-4 people link up via video- so we can get their comments and views and even outrage at the way something was done.  We don't get to see the programme or movie just the, uh, 'reviewers' sitting there.   Some really do need to improve the decor of their basements/rooms because spending 2+ hours looking at them...well, I sort of went comatose.

But it does get..."better" -reviews and thoughts on comic books series...from 30+ years ago. Yeah, everyone linked up and totally talking crap and confused because 30+ years ago they weren't even born so "don't get all this 1980s doom and gloom war stuff".  Right.

All very annoying -almost as annoying as the comment: "Until, say 2004, comics were not very original -Marvel and DC have thrown continuity out the windows and the reboots make comics fresh!"   I'm assuming that the person who said that has a mental illness.  He is talking about comics being "throw-away" -every time a new reboot comes in get rid of that old crap and buy the new.  This is why comics are in trouble: there is no emotional investment in characters or titles any more.

No, I just can't write about it.  Pointless.

Anyway, back to decorating. 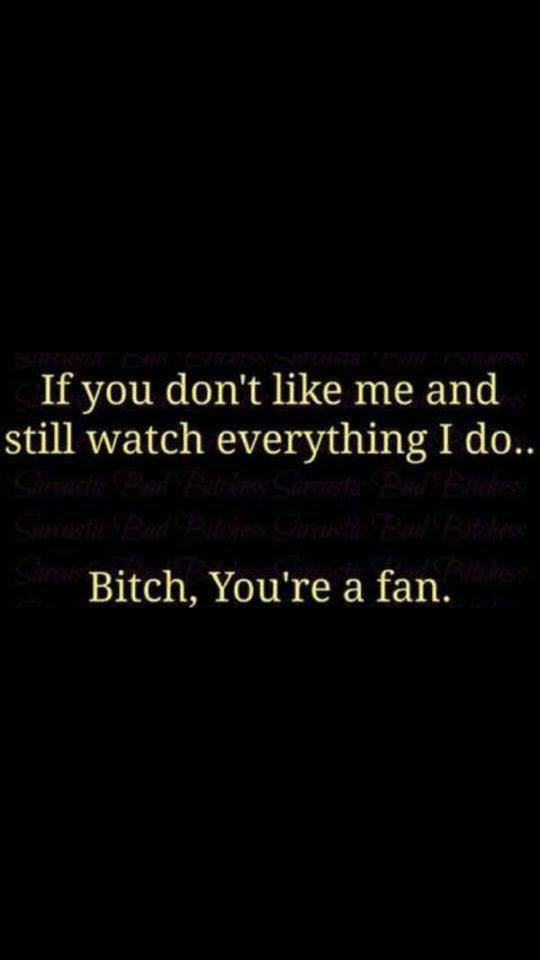 We’re back!!
Saturday December 12th 2015
We return to the Cardiff Masonic Hall with a mini-Expo – a ‘Showcase’ event just in time for Xmas – once again focusing on our exceptionally talented Small Press Creators and Publishers.

Posted by Terry Hooper-Scharf at 06:40 No comments:

He wrote and directed the first 'Nightmare on Elm Street' film, helmed the first four 'Scream' movies and guided Meryl Steep to an Oscar nom for 'Music of the Heart.'

Wes Craven, the famed maestro of horror known for the Nightmare on Elm Street and Scream franchises, died Sunday after a battle with brain cancer. He was 76.

Craven was a longtime summer resident of Martha’s Vineyard, where he moved permanently three years ago before returning to L.A. for work and health reasons.


Craven claimed to have gotten the idea for Elm Street from living next to a cemetery on a street of that name in the suburbs of Cleveland. The five Nightmare on Elm Street films were released from 1984-89 and drew big crowds.
Similarly, Craven's Scream series was a box-office sensation. In those scare-'em-ups, he spoofed the teen horror genre and frequently referenced other horror movies.

Craven’s first feature film was The Last House on the Left, which he wrote, directed and edited in 1972. A rape-revenge movie, it appalled some viewers but generated big box office. Next came another film he wrote and helmed, The Hills Have Eyes (1977).


Craven re-invented the youth horror genre in 1984 with the classic A Nightmare on Elm Street, which he wrote and directed.
He conceived and co-wrote Elm Street III as well, and then after not being involved with other sequels, deconstructed the genre a decade after the original, writing and directing Wes Craven’s New Nightmare, which was nominated for best feature at the 1995 Spirit Awards.
His own Nightmare players, Robert Englund, Heather Langenkamp and John Saxon, portrayed themselves in that film.
In 1996, Craven reached a new level of success with the release of Scream. The film grossed more than $100 million domestically, as did Scream 2 (1997).
Between Scream 2 and Scream 3, Craven, offered the opportunity to direct a non-genre film for Miramax, helmed Music of the Heart (1999), earning Meryl Streep an Academy Award nomination for best actress in the inspirational drama about a teacher in Harlem.
“We had a very difficult time getting an audience into a theater on my name,” he said in an interview with writer-director Mick Garris in October. “In fact, we moved toward downplaying my name a lot on Music of the Heart. The more famous you are for making kinds of outrageous scary films, the crossover audience will say, ‘I don't think so.’”

Also in 1999, in the midst of directing, he completed his first novel, The Fountain Society, published by Simon & Shuster.
Craven again pushed the genre boundaries with the 2005 psychological thriller Red Eye, starring Rachel McAdams, Cillian Murphy and Brian Cox. And in 2006, he wrote and directed a romantic comedy homage to Oscar Wilde featuring Emily Mortimer and Rufus Sewell as a segment in the French ensemble production Paris Je T’aime.
Craven then produced remakes of The Hills Have Eyes (2006) and The Last House on the Left (2009).
His most recent written and directed film, My Soul to Take (2010), marked his first collaboration with Labunka, who also produced Scream 4.
Craven directed several other thrillers and horror movies during his career, including Swamp Thing (1982), Deadly Friend (1986) and The People Under the Stairs (1991).
Craven had recently signed an overall television deal with Universal Cable Productions and had a number of projects in development, including The People Under the Stairs with Syfy Networks, Disciples with UCP, We Are All Completely Fine with Syfy/UCP, and Sleepers with Federation Entertainment.
He also was executive producing the new Scream series for MTV. The season finale of the series will pay tribute to the writer/director, an MTV spokesperson told The Hollywood Reporter.
Craven had recently written and was to direct the Thou Shalt Not Kill segment for The Weinstein Co.'s Ten Commandments miniseries for WGN America. And he is listed as an executive producer of The Girl in the Photographs, a horror thriller directed by his protege, Nick Simon, which will premiere at the Toronto Film Festival next month.
Wesley Earl Craven was born Aug. 2, 1939 in Cleveland. His father died when he was 5. Raised in a strict Baptist household, he graduated from Wheaton College with degrees in English and psychology, then earned a master's in philosophy and writing from Johns Hopkins.
Posted by Terry Hooper-Scharf at 04:39 No comments:

If you are then take a look at these! 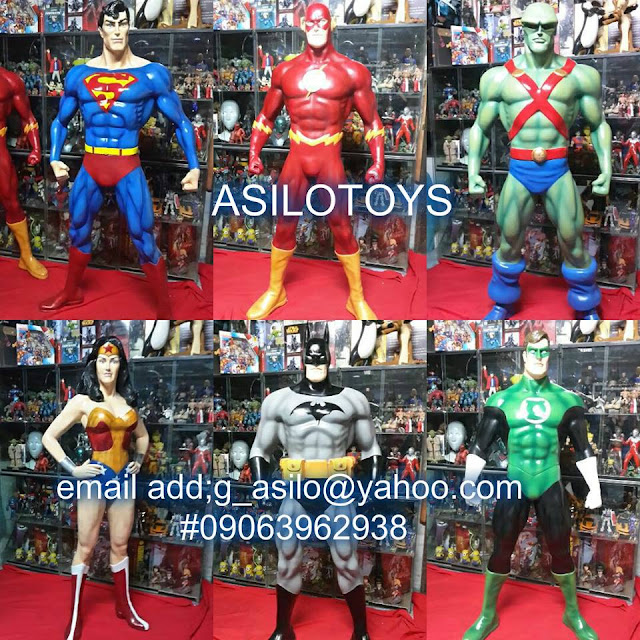 When I saw these images I thought it w3as that old modeller's trick of posing a figure at the right angle and distance.  Boy, was I wrong!

"Lifesize Artstatues - in fiberglass - for sale at php 12,000 from artist sculptor Gerald Asilo of Geraplica Sculptoys - ASILO's sculpture for a "January Promo" price. Batman is a sure bet, Wonder Woman is a shoo-in, while I am on personally the fence with Superman LOL 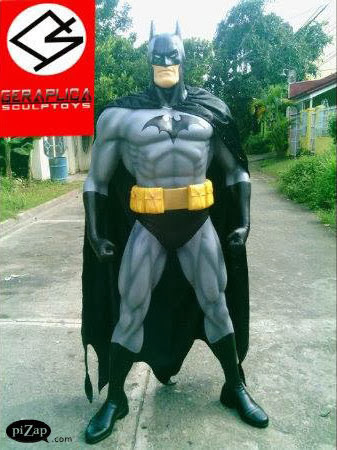 According to Gerald on his Linkedin page:

"In the 1990s my father was a sculptor for the Japanese company Craftwood. The company asked him to sculpt their own design like life-size Disney characters, Loony Toons, etc.  That was 1996 and I was only 12 years of age at that time. I was also practising how to sculpt because it's in the blood to sculpt.   Here I am now, following my father's legacy and sculpting my own designs and also what any client requires." 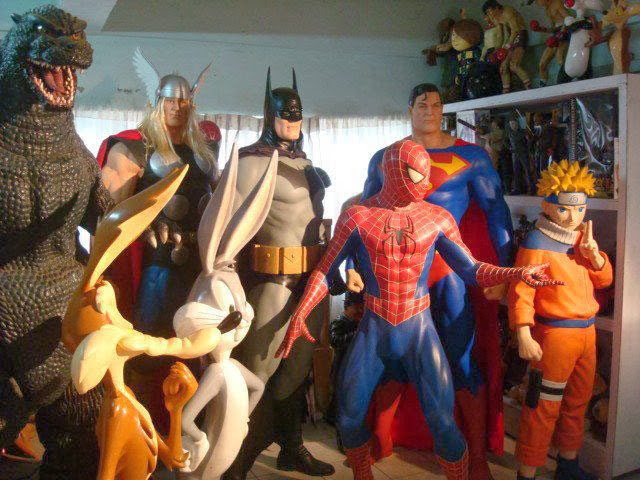 I just have to say that these are freaking incredible!  Now some of those "comic book cafes" need things like this!  Imagine inviting a friend into your apartment and finding The Avengers or JLA standing there -or maybe even a Swamp Thing or Man-Thing to go in your garden!