Another International Guest for SCARDIFF

P. Gardner Goldsmith is a US/UK based television writer and author who has worked in the Script Departments of the network television series Star Trek: Voyager and Showtime’s The Outer Limits.
His short stories have appeared in Naked Magazine (UK), and the anthologies Chiral Mad(US) and Epitaphs (US).  His non-fiction book, “Live Free or Die” was published in 2007, and subsequently selected as a Book of the Month by the Freedom Book Club.
We are pleased to announce that his novella, “Bite”, will debut at SCARdiff 2013, with a follow-up debut at the World Fantasy Convention, in Brighton, thanks to Pendragon Press.
In early 2014, Bad Moon Books of California will publish his second novella, “Gorge”. 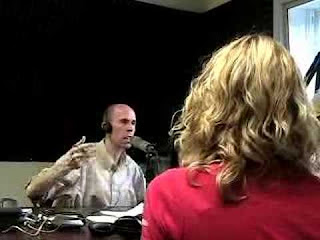 Full details on the website where we have also added our Official Photo Shoot.

With more TBA over the next few weeks, yes more guests TBC, a very nice limited Edition Print from JOHN HIGGINS and More!

Keeping it Scary this Oct....

Pulp gets a modern twist with comic strips and text stories combined.  Featuring, ‘Last Champagne': Space, the final frontier, but it's all flat champagne.  ‘The Last Posse’: Wyatt Earp gathers up a posse of famous characters from the Wild West, including the Cisco Kid, Geronimo and Belle Starr.  ‘Kroom’: where a mysterious alien falls from a portal in the sky; what does he hope to find; what is he escaping from?  ‘The Roustabout’: more horror, suspense and mistaken identity on a wind-swept oil platform.  Finally, ‘Point Blank’, which asks how does an ordinary man stop a speeding bullet?

Posted by Terry Hooper-Scharf at 10:36 No comments:

This is probably going to be referred to in amongst those interested on the net so here goes.

I set up the UK Golden Age comics page because that subject has no coverage.  Lots of covers from other countries comics were posted so to stop confusion I set up an International GA FB page.

Been unwell so apart from approving a few members yesterday, which is when the page was set up, nothing until this morning.

The last week, on top of everything else, I have had one idiot after another cause me problems on the net.  This morning I could hardly move but on opening my FB what do I get?...
“Lin Harrell
I am the admin for another [rather large and growing] comic book group and I don't like the idea that your guy ... Richard Boucher ... is asking members to leave my group and join this one. He is also posting links to another one of your groups. How about you do the work and build your own group. Stop feeding off other peoples hard work. He's banned from my group and I will not be adding anyone who is a member of this group or your other one.”
So I responded:
Lin. 'Thanks' for the rather aggressive message. I only set up my Face Book group yesterday morning and being unwell left it at that other than approving some people who asked to join.
I cannot be held responsible for what other people are doing without my consent.
I have a British Golden Age Comics FB page because there is very little about the UK GA out there so this was added to my web site. I started getting lots of postings of GA covers from other countries which is why I set up the International GA (which does not include US GA comics).
Banning some of your members because they joined mine?? And YOU joined it to find out who they were???
Man, what happened to freedom of choice and democracy??
I'm quite sure the new members are dumbfounded because I am. I am NOT filching your members -if they are members of your group they are still (or were) there but were probably interested in seeing another perspective.  I have no idea since I've not seen your group or what it's about and am banned anyway.
Is this what internet comic fandom has come to??? "You are in my collection of members and if you look at someone elses page -yer out!"
It would have been far better had you messaged me and explained what was going on so that I could have asked whoever is responsible to stop. I do not even know the name of your group or else I would have joined (nothing came up when I searched FB).
You HAVE over reacted without contacting me first because if your group covered the same subject as mine I would have closed mine.
Terry”
Yes, HE joined to see who from his page had joined mine to ban them.  I know America is going slightly insane and comic fandom is not what it was but really? I do agree that they guy involved should NOT have started posting to his group about mine but I should have been told about this not have the pratt join my group to find out who else was on it.
I’m closing both my groups because these aren’t fans or people interested in comics just in themselves and I have nothing to say to them.
Posted by Terry Hooper-Scharf at 01:41 2 comments:


Posted by Terry Hooper-Scharf at 13:03 No comments:

Travelling down the Rhine, Yoko and her friends save a young stranger from drowning. Sensing foul play, the young Japanese girl decides to stay with her new friend Ingrid and investigate the unusual circumstances.

There, amidst the beautiful castles of the Rhine Valley, she will face a danger straight out of the Renaissance and battle the devil himself to the sound of his own monstrous pipe organ.

"The Devil's Organ" (no, now come on -we're better than school boy humour!)

Anyway, look at that cover.  One thing that always amazes me is that you see Leloup's figures and you think "oh, cartoony" and in a way, I guess, they are. But you then look at the detail in buildings, scenerey, vehicles and equipment and you suddenly realise this is far from "cartoony"!

This was, in truth, one series I thought I would not like but The Edge of Life, The Time Spiral and other books in this series won me over.  It is another one of those books that a youngster or even an oldster can enjoy.

Posted by Terry Hooper-Scharf at 05:50 No comments:

"Titan Comics is pleased to announce the launch of the Devil May Cry™: The Vergil Chronicles graphic novel. Based on the re-imagination of Capcom’s stunning Devil May Cry™ videogame, the series divulges the shocking secrets behind this world-famous saga.

Set against a contemporary backdrop, Devil May Cry depicts a duplicitous world where nothing is ever as it seems and the line between good and evil is constantly blurred.
This comic prequel reveals the crucial back-story of the franchise’s hero, Dante, and his twin brother Vergil; with never-before-told revelations about these iconic game characters!"
Okay, I think everyone knows that I'm a war-gamer -figures/armies on tabletops to battle it out. I played "Pong" in the 1980s but that just blew my mind.   So, with my young nephew and niece I decided to "give it a go"....and  I swore never to be humiliated by 6 and 7 year olds again.

So I have no background on the game involved.  I'm coming at this as a comicker with a love on Manhua, even though I'm told that the characters in this book have been "Westernised" -there is the Manhua look and feel though both creators are French.

There is enough "weird" and crazy in this to keep me happy. The art is superb -as you can see from the pages below.  I have actually looked through this book so many times since it arrived and I still love it.  The story is good and, like all good BD series, there is that "to be continued" on the final panel!

Annoying because this was a good read and the quality of print is excellent.

Another book I would happily recommend! 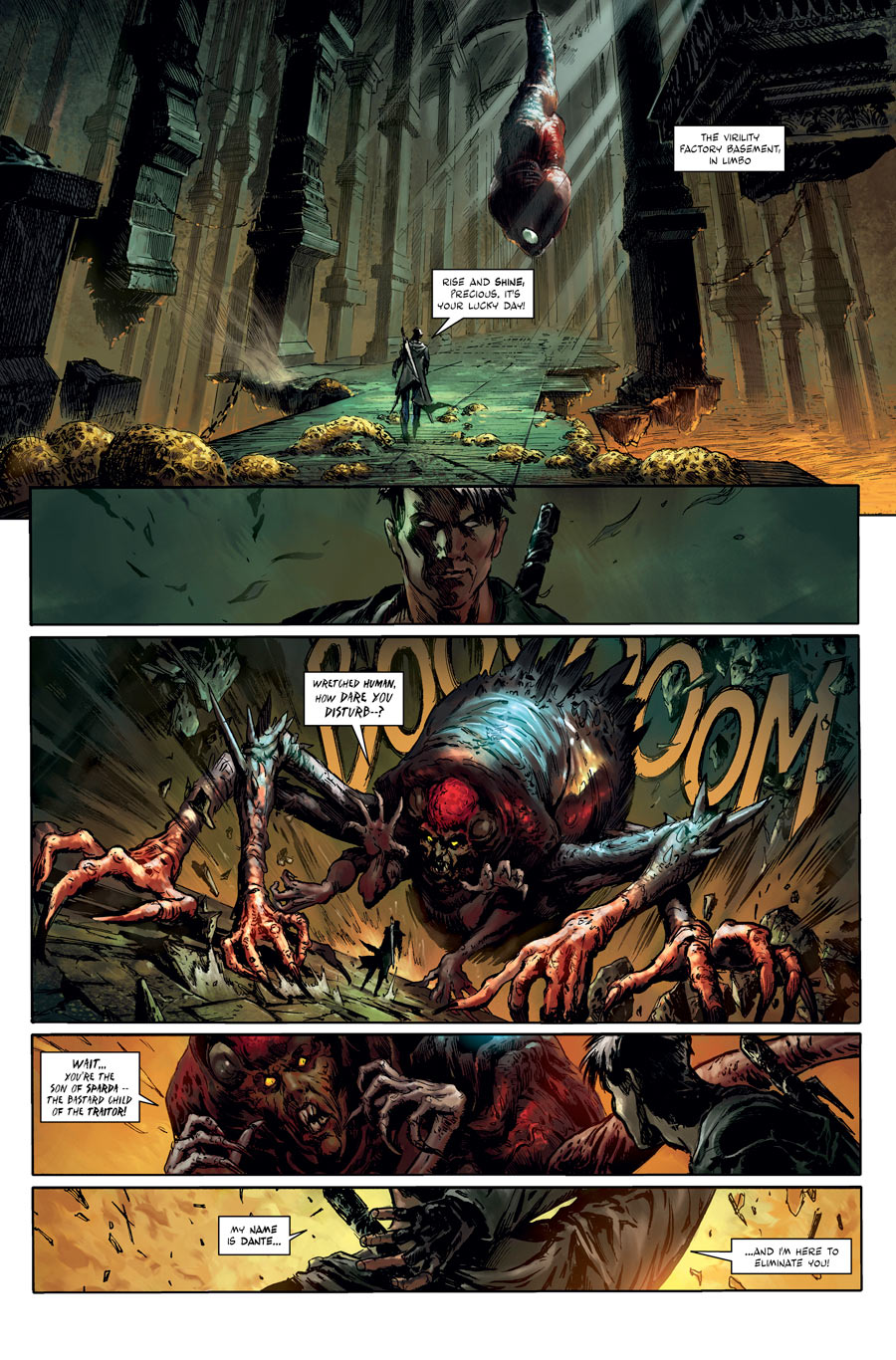 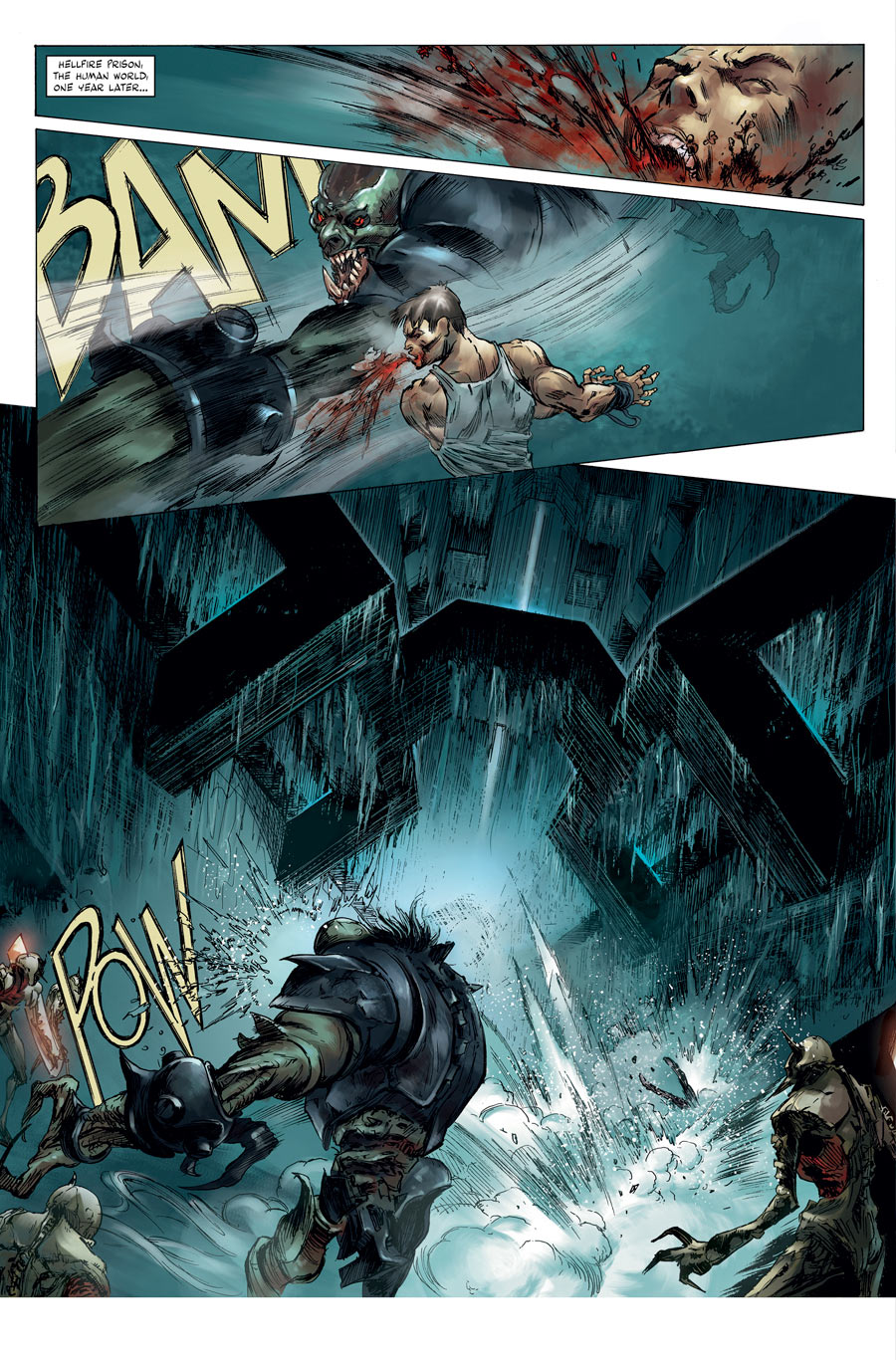 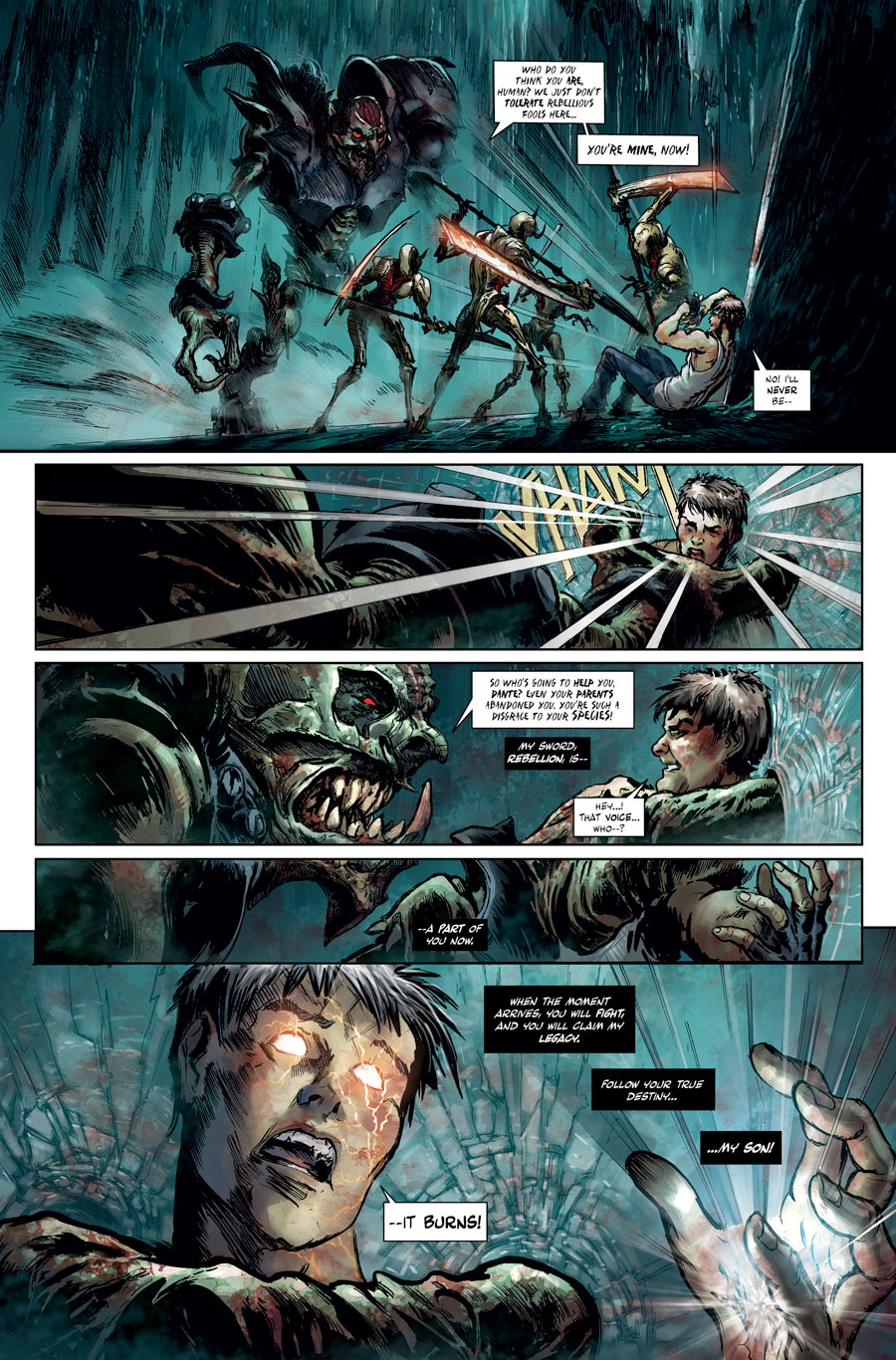 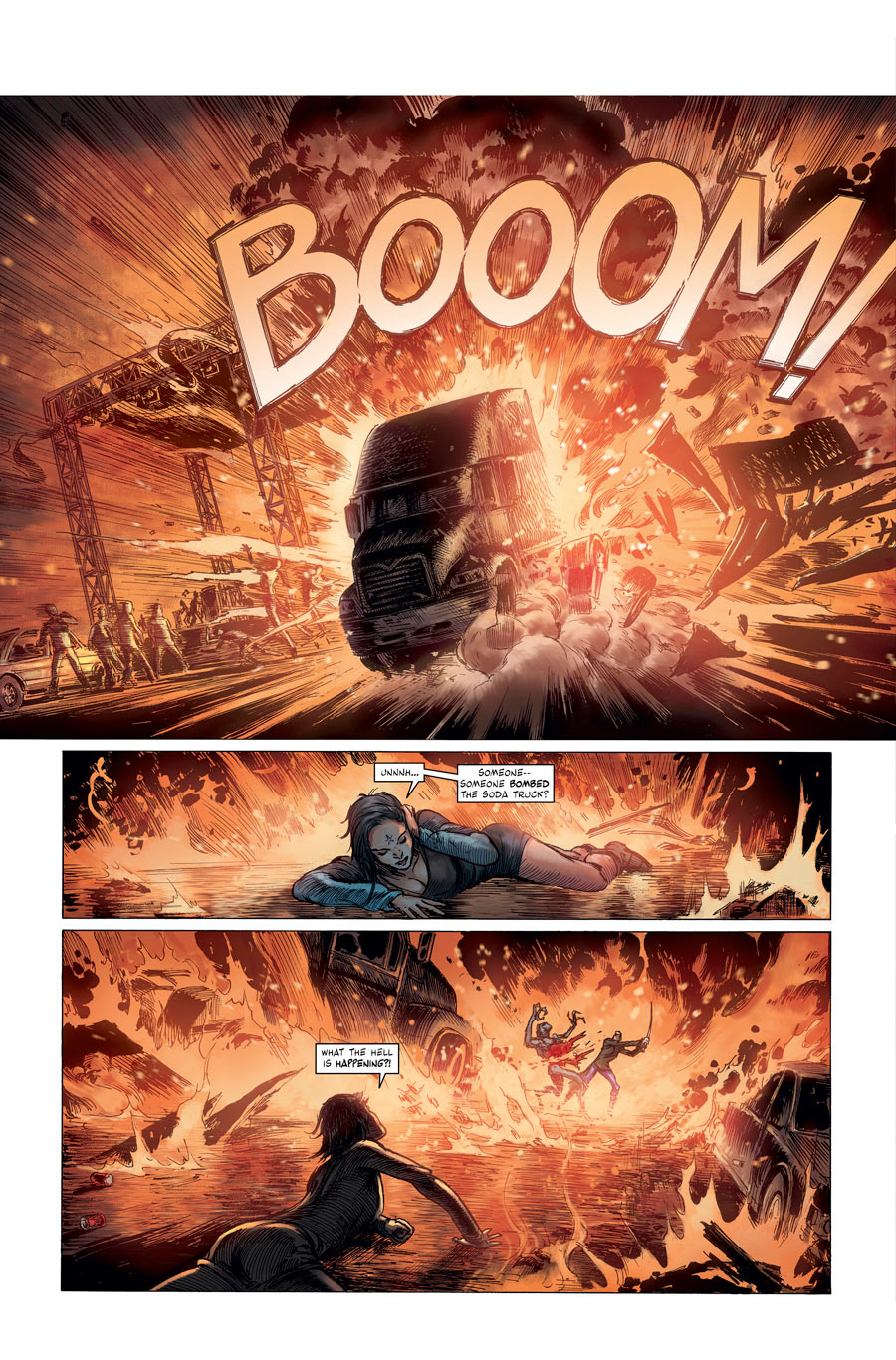 Posted by Terry Hooper-Scharf at 08:52 No comments:

One day the nuclear holocaust finally happened and the whole earth is brutally plunged into eternal winter frozen, hostile to all forms of life. Not quite....miraculously, a small portion of humanity has found refuge in extremis in a revolutionary train -Transperceneige-  driven by a fantastic perpetual motion machine that the survivors of the disaster quickly nicknamed "Saint Loco". But on board the train, now the custodian of the final sample of the human species, men have learned nothing as the good old mechanisms of social stratification, political oppression and religious begin to take over ...

Created by Jean-Marc Rochette and Jacques Lob, in the 1980s  the late 1990s saw two additional volumes written by  Benjamin Legrand after the death of the original writer.  Now the trilogy Transperceneige is collected together in a single volume as its film adaptation , "Snowpiercer", directed by famous Korean filmmaker Bong Joon-hoat is set to appear at the end of summer, 2013.

This is a chance for French readers to rediscover of one of the best science-fiction sagas has ever produced French comics: thirty years after its creation,  and the Transperceneige has lost none of its power and its singular modernity.

GREAT art but let me tell you -this is grim!!

Posted by Terry Hooper-Scharf at 08:05 No comments:

Who Comes From Where To Read Which Blog? 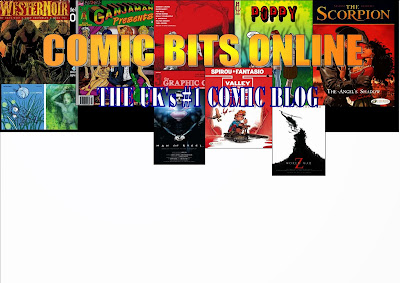 I’m never really bothered with how many hits a particular blog gets.  I mean, I’d like to think people know my blogs are there, read them and enjoy!

However, looking at the distribution of hits maps (which is one of the reasons why I love Blogger more than WordPress) I see CBO covering more geographic areas each day.

But then I thought “Does the distribution match up on each site?”

Really, the answer is no.

On CBO in order of highest hits first:

And when we come to the British Golden Age Comics blog:

Which is good. It shows that there are people out there with varying interests and I’m catering for their interests!!  So, if each clicked on an ad I’d be getting some Adsense money!!

If I knew the perfect formula for getting more readers I’d use it but this is the internet, kids and no one can predict what will be a hit or a miss!
Posted by Terry Hooper-Scharf at 07:56 No comments: