The Story of the Phantom Detective 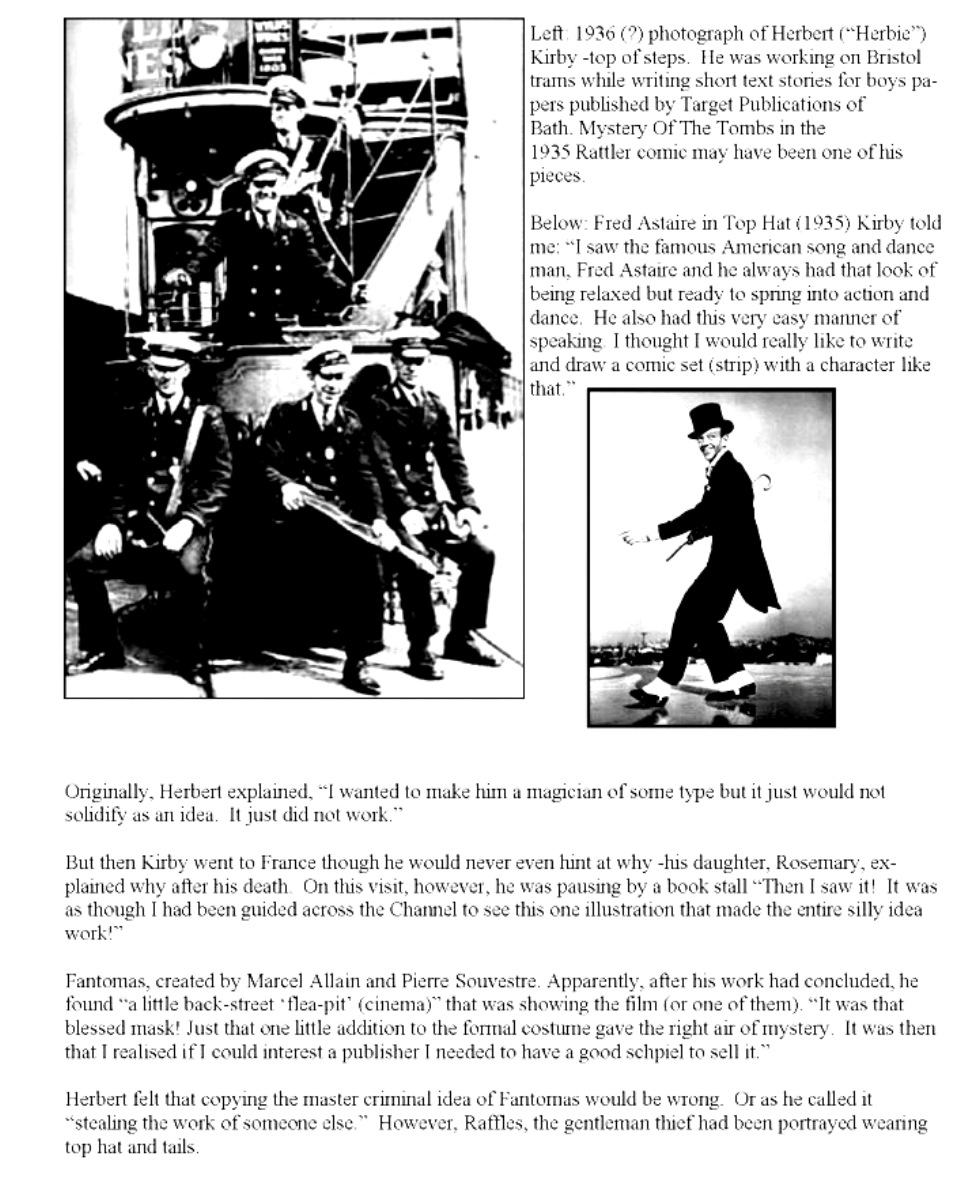 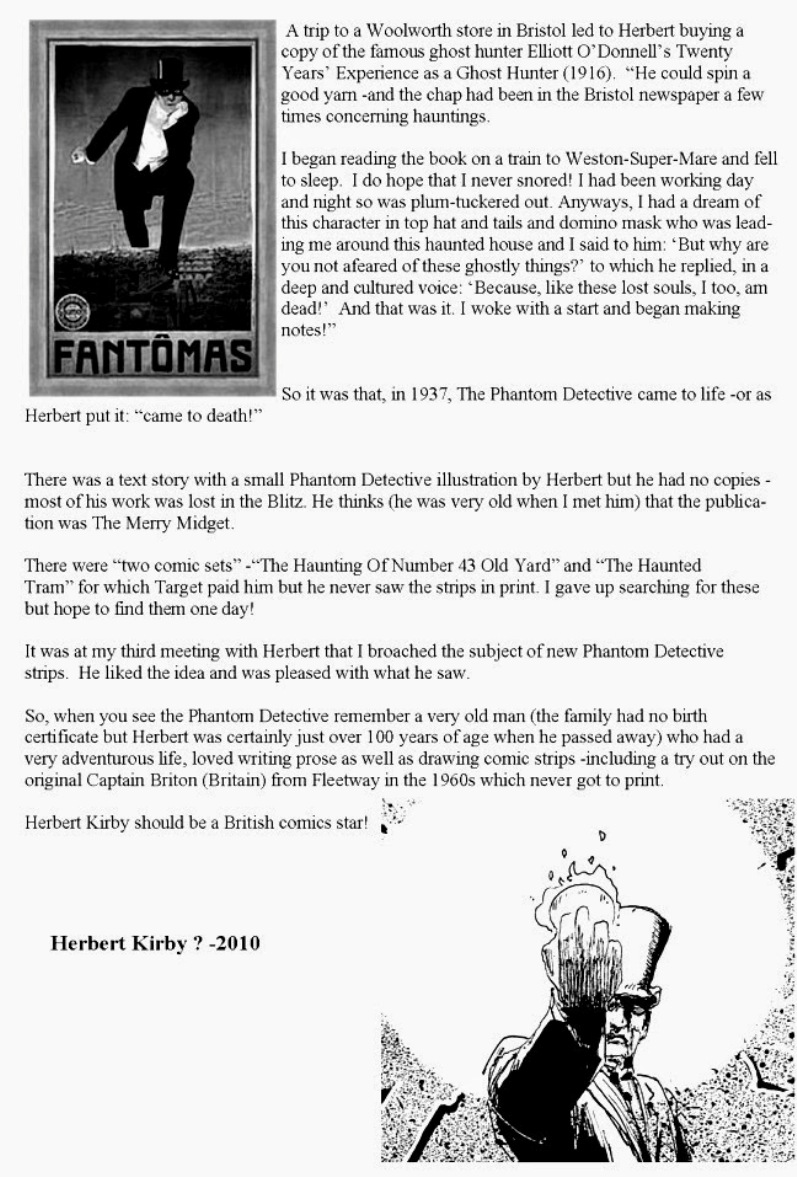 The Phantom Detective has appeared in a number of Black Tower publications -in recent years with Ben Dilworth writing and providing art as well as a cameo in The Green Skies. His actual back story is given in part in Black Tower Adventure volume 1 number 4 (1985) in the old Small Press days (I miss photocopiers!!) 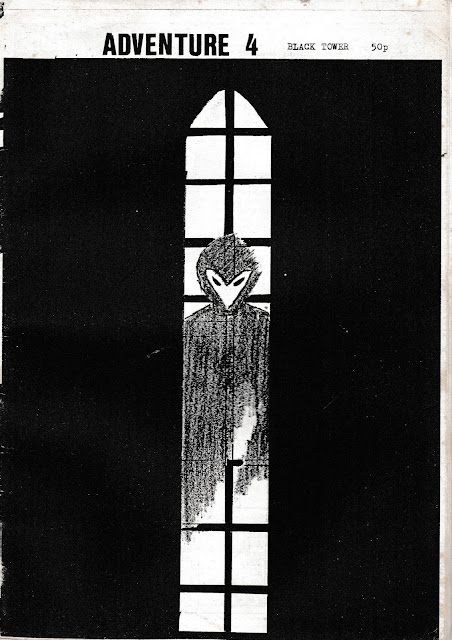 A teller of ghostly stories as well as an active combatant against all supernatural evil, the fact that after his death -or rather at the point of death- he was offered the chanceto continue as a "Watcher" was dealt with in Return of the Gods in which he had a cameo.
If you are interested in checking out some of the publications he stars in here is a ...checklist!
All characters are (c)2018 Terry Hooper-Scharf/Black Tower Comics & Books  Art/story(c)2018 B.R. Dilworth 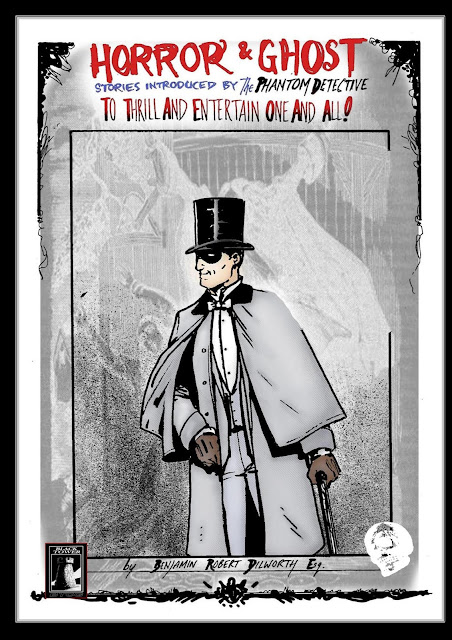 Paperback
A4
B&W
20  Pages
Price: £4.00 (excl. VAT)
Prints in 3-5 business days
http://www.lulu.com/shop/terry-hooper/dilworths-horror-ghost-stories/paperback/product-16599487.html
Ben Dilworth returns with twelve illustrated text stories of horror and the ghostly introduced by none other than The Phantom Detective and guest starring Exndragon!
Illustrated short prose stories were part of old comics and why not enjoy a good read prose as much as a comic strip read? 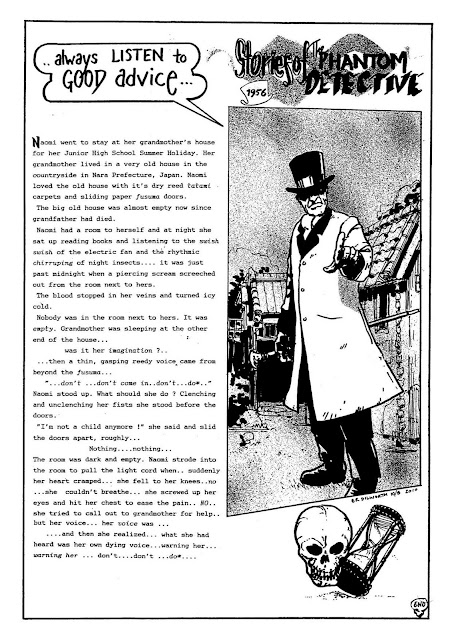 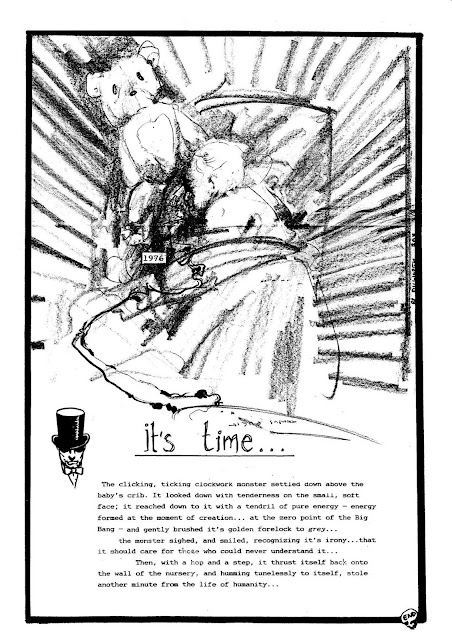 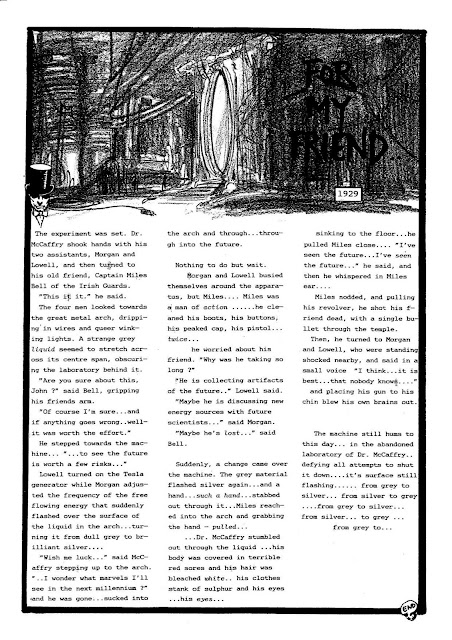 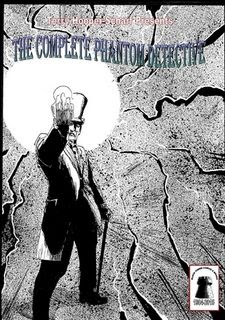 THE COMPLETE PHANTOM DETECTIVE
Ben R. Dilworth
black & White
A4
Paperback,
36 Pages
Price: £6.00 (excl. VAT)
Ships in 3–5 business days
http://www.lulu.com/shop/terry-hooper-scharf/the-complete-phantom-detective/paperback/product-22082132.html
Murdering Ghouls. Satanic Masses. Demonic Possession. Werewolves. Poltergeists. Vampires. To many of the uninitiated these are just “things that go bump in the night” -TV or film fantasy.
In the Victorian era, The Phantom Detective used his decades of occult study to help those in danger from these “things” and he paid the ultimate price…. ….
Yet he continues to help and to observe as best he can for now he is a true...
PHANTOM DETECTIVE!

From one of the UK's most under -rated comic creators, Ben R. Dilworth, comes new life breathed into and a new slant given to the adventures of the former mortal who has become one of the Watchers -forbidden to act even to save a life from supernatural forces.  Except "rules are there to be broken or at the very least stretched until you can see through them!"
The much anticipated collection from the co-creator of Peter Wisdom and artist of Mark Millar's The Shadowmen! 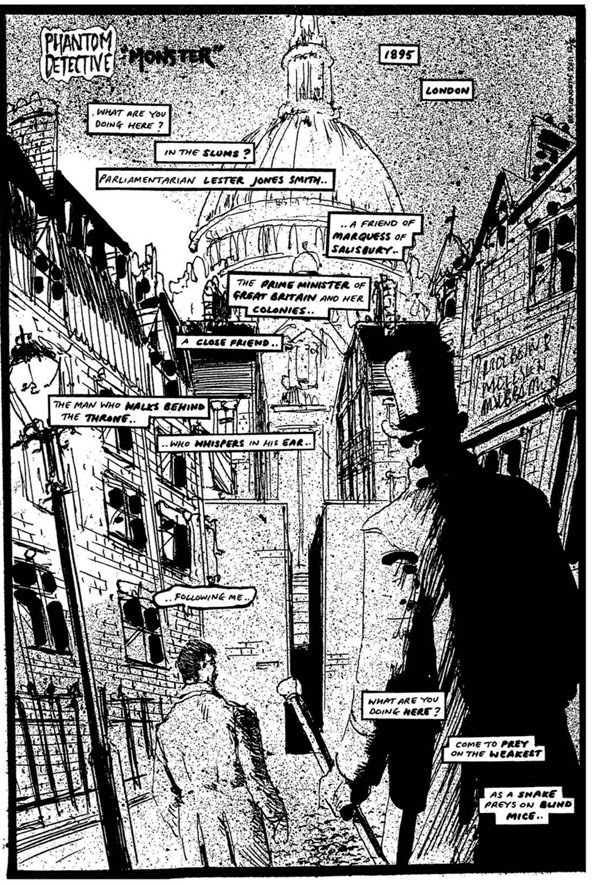 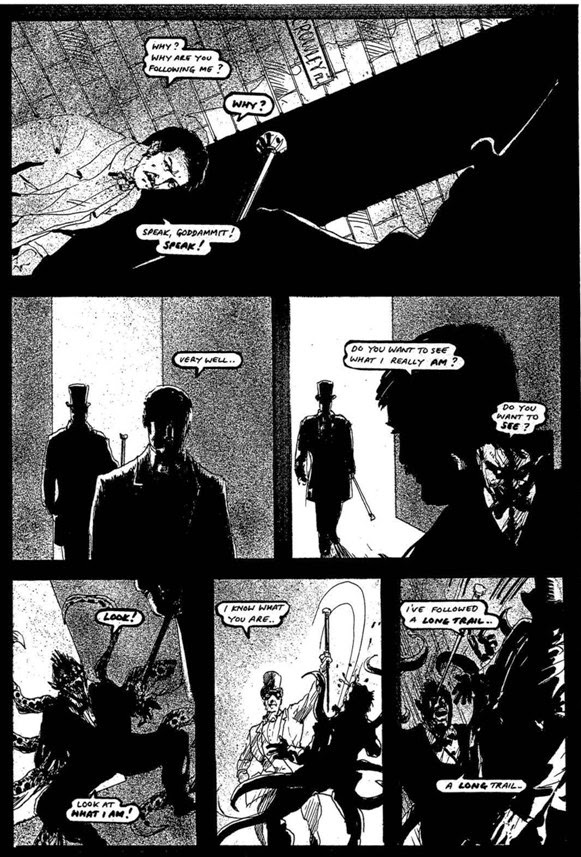 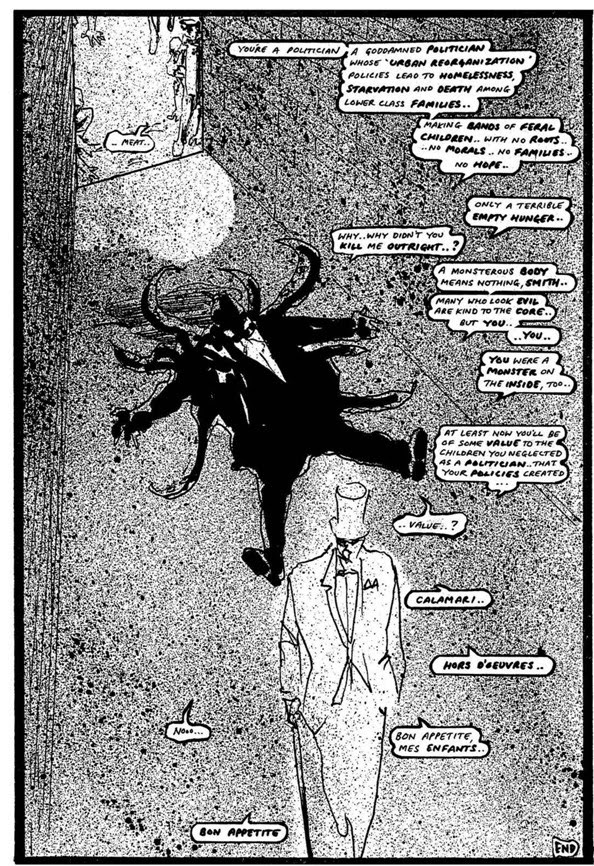 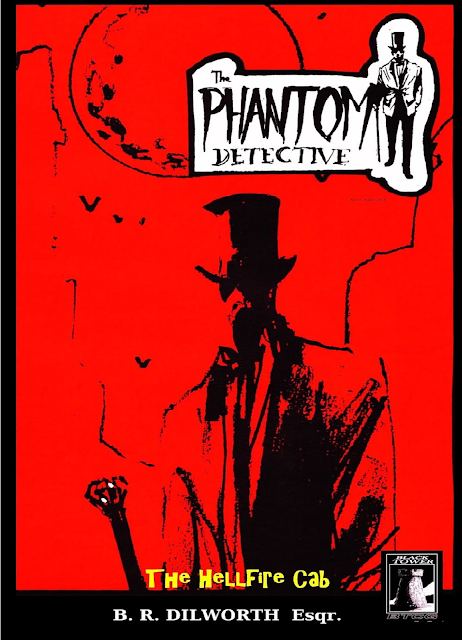 There are times you REALLY want to see the sight of a cab coming along the road. Then there are times that you REALLY do not want to see a cab...especially the Hellfire Cab and its passenger.
For the Phantom Detective it could all just be another supernatural scuffle before tea and scones.
Or it could be DEATH ?

Posted by Terry Hooper-Scharf at 07:47