Well, since I recently burnt over 40 years worth of material and have just filled 8 garden refuse sacks with old papers and art you might think "burn?"  But not in this case.

Back in the 1980's to 1990's I worked as a creators representative.  As some of the artists I represented got well paid jobs you might think that my 8% cut would be a formality. No. They all -all- took the work but never paid me a penny and it was a full time and expensive business. The final straw was the artist (one of three) I got work for at DC  Comics "It's my artwork and my talent being paid for!" Oh, how those people, and that artist in particular, bleated when no more work was offered.

The thought was "I got the work through idiot Hooper now it'll just keep rolling in!"  Don't work like that. I got phone calls -crawling, pleading and even insulting about the fact that I was not pushing to get them more work.  My response was that I was not a charity and they had all reneged on a hand-shake agreement -8% was well below what any other agent charged.  Where are they now, heh?

Anyway, and back onto subject, I found a full strip drawn by an artist for me. In the late 1980's rather than sit down and type up more one off scripts for wannabe comic artists I gave copies of my old Black Tower strips and some guidelines so that they could draw sample pages.

I was getting between 100-160 art packages a week and having to respond to all of them. Any artists that were good enough I took on and there was one very stringent guideline that 85% of them ignored: signing, dating artwork and including contact details on the back of a page.

As I went through musty old boxes with 35-40 year old material in them I found surprises -original work of mine, projects I had worked on and a fully drawn version of my 1984 Pete Forrest and Geni strip.  That was in Black Tower Adventure no.1 so the strip must have been redrawn late 1980's to early 1990's.

I have no idea who drew this and whether it was a one off attempt and he decided not to bother or...or anything really.

If the artist is still out there -and I will want proof it is his work- he ought to get in touch.

I have slightly tidied up pp 1 and 2 but as I cannot use the work the rest are basic scans. 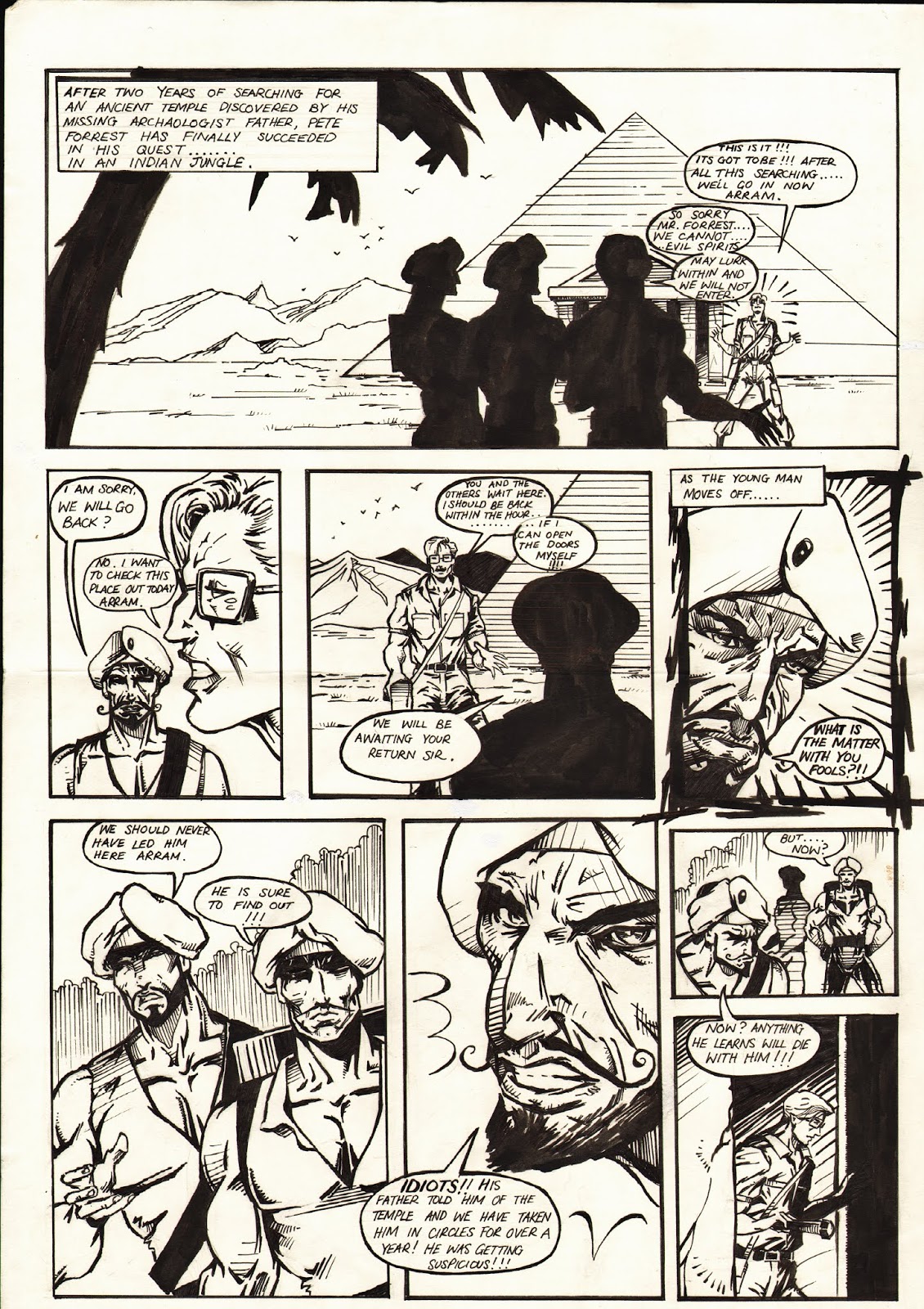 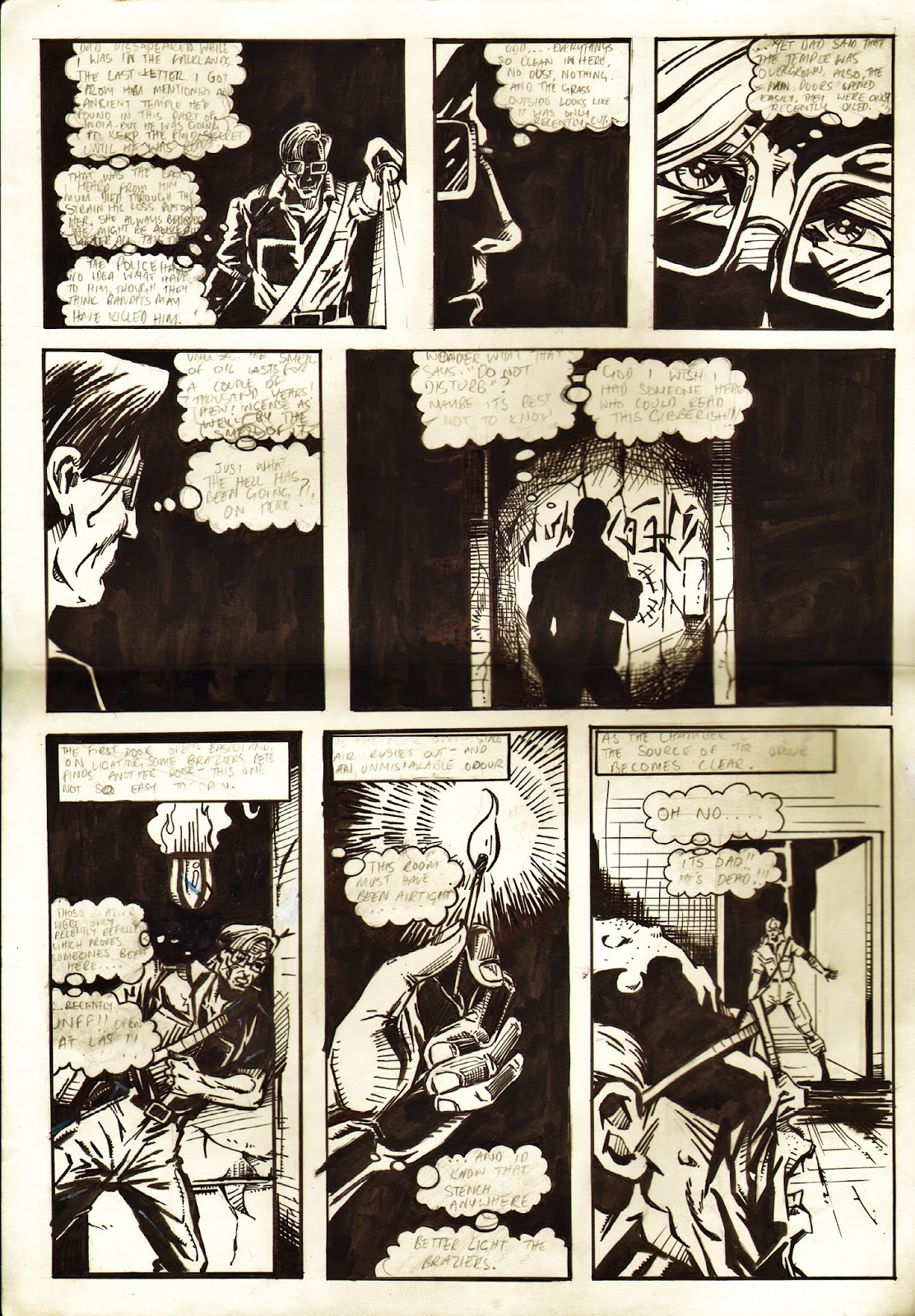 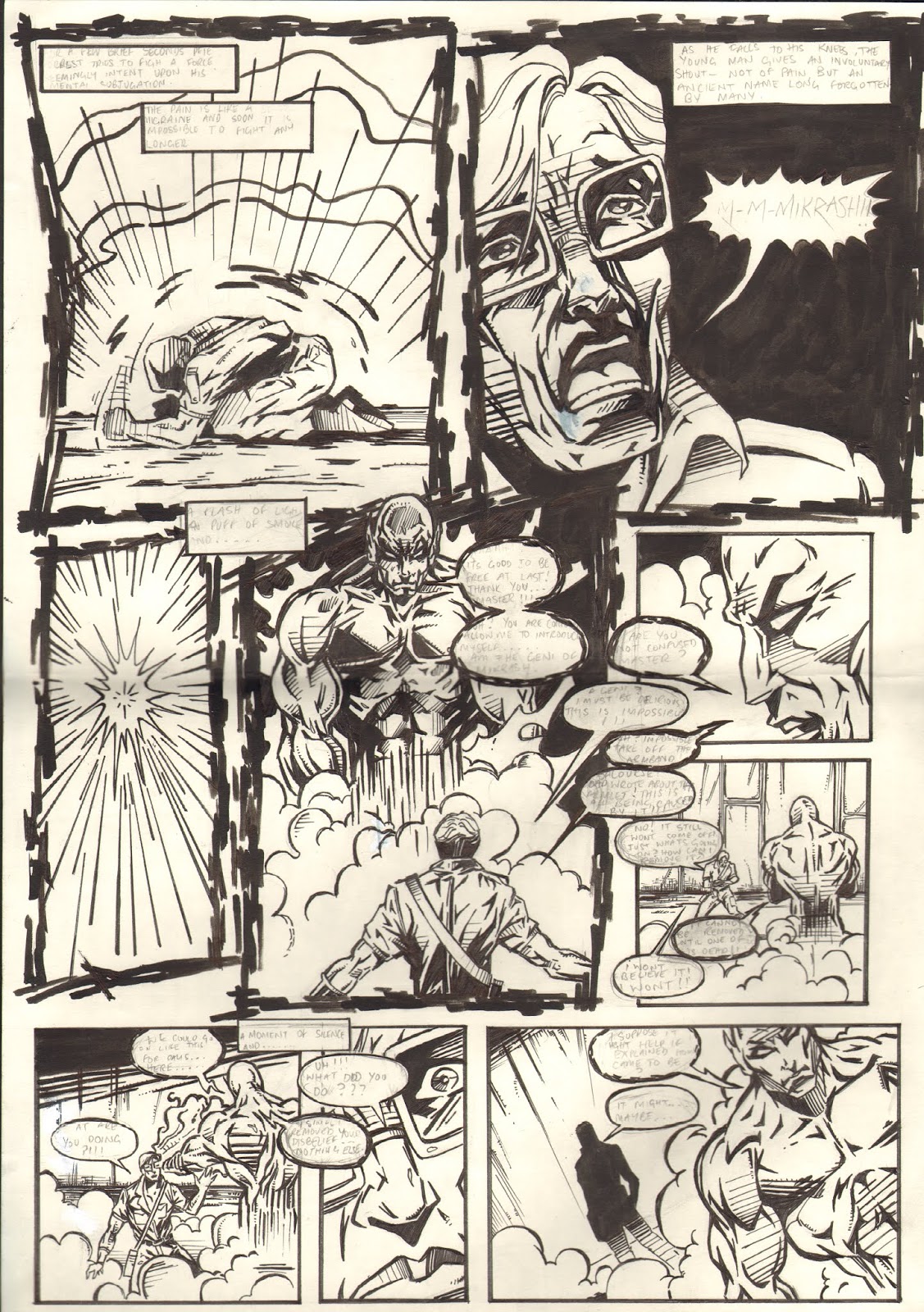 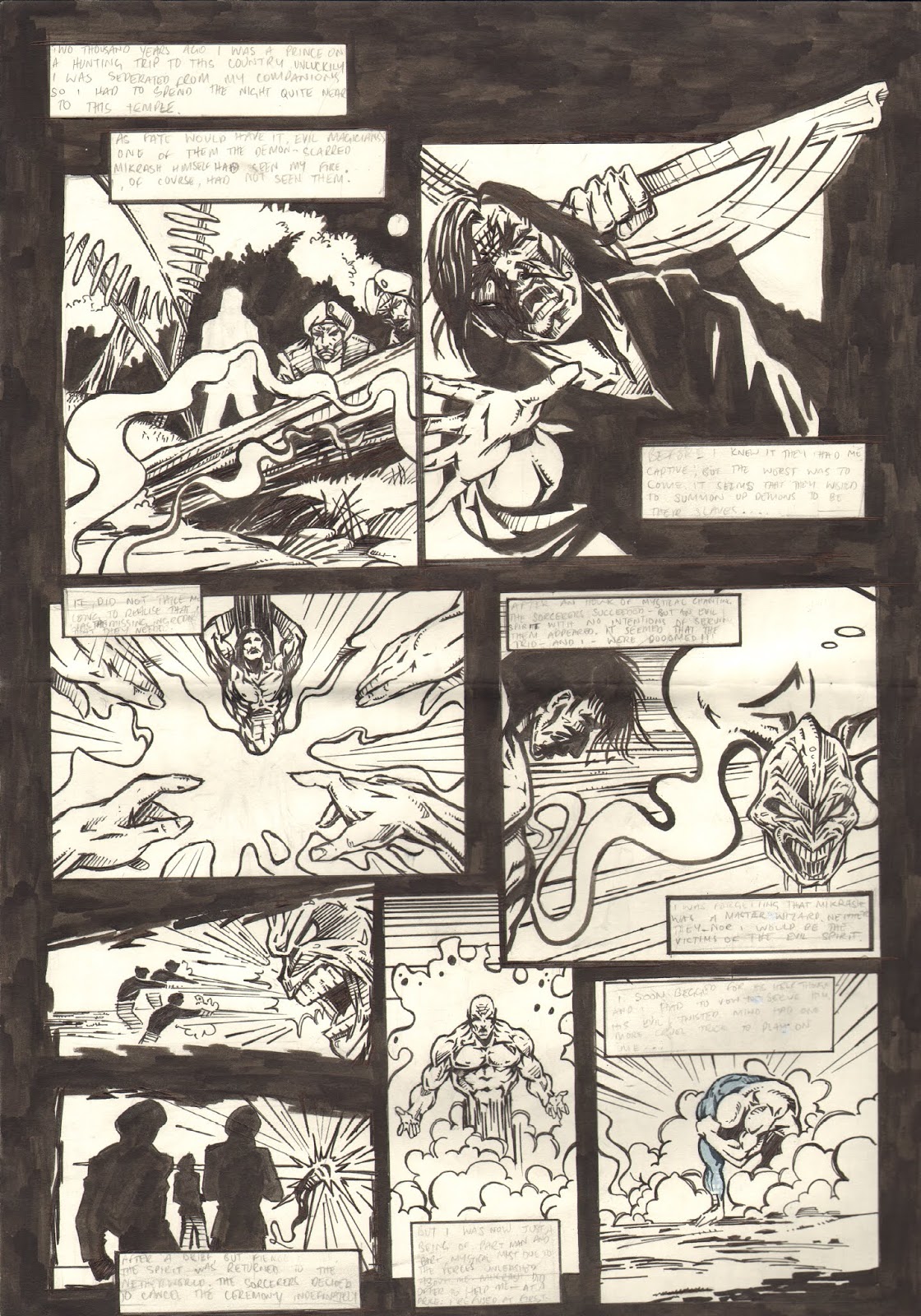 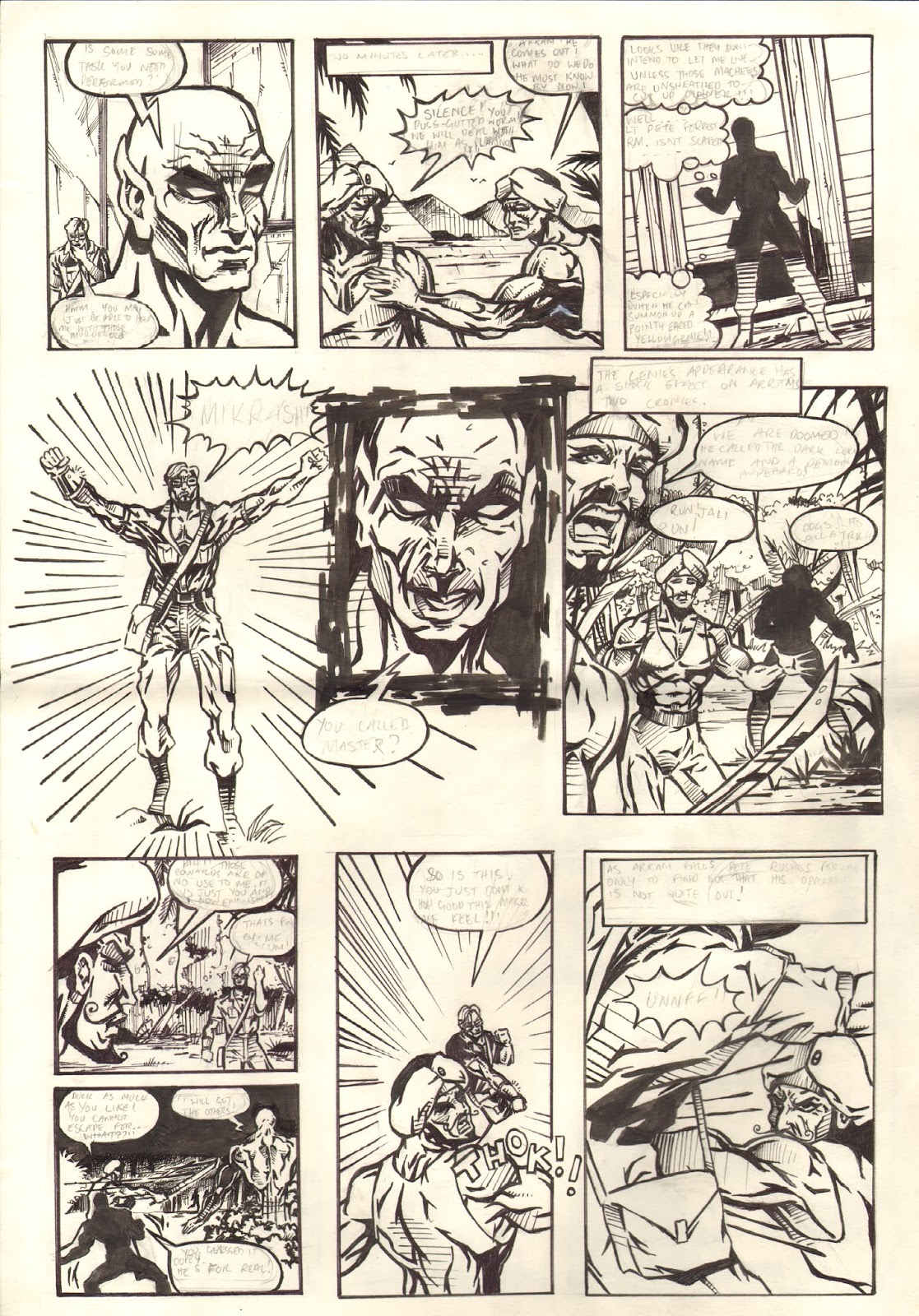 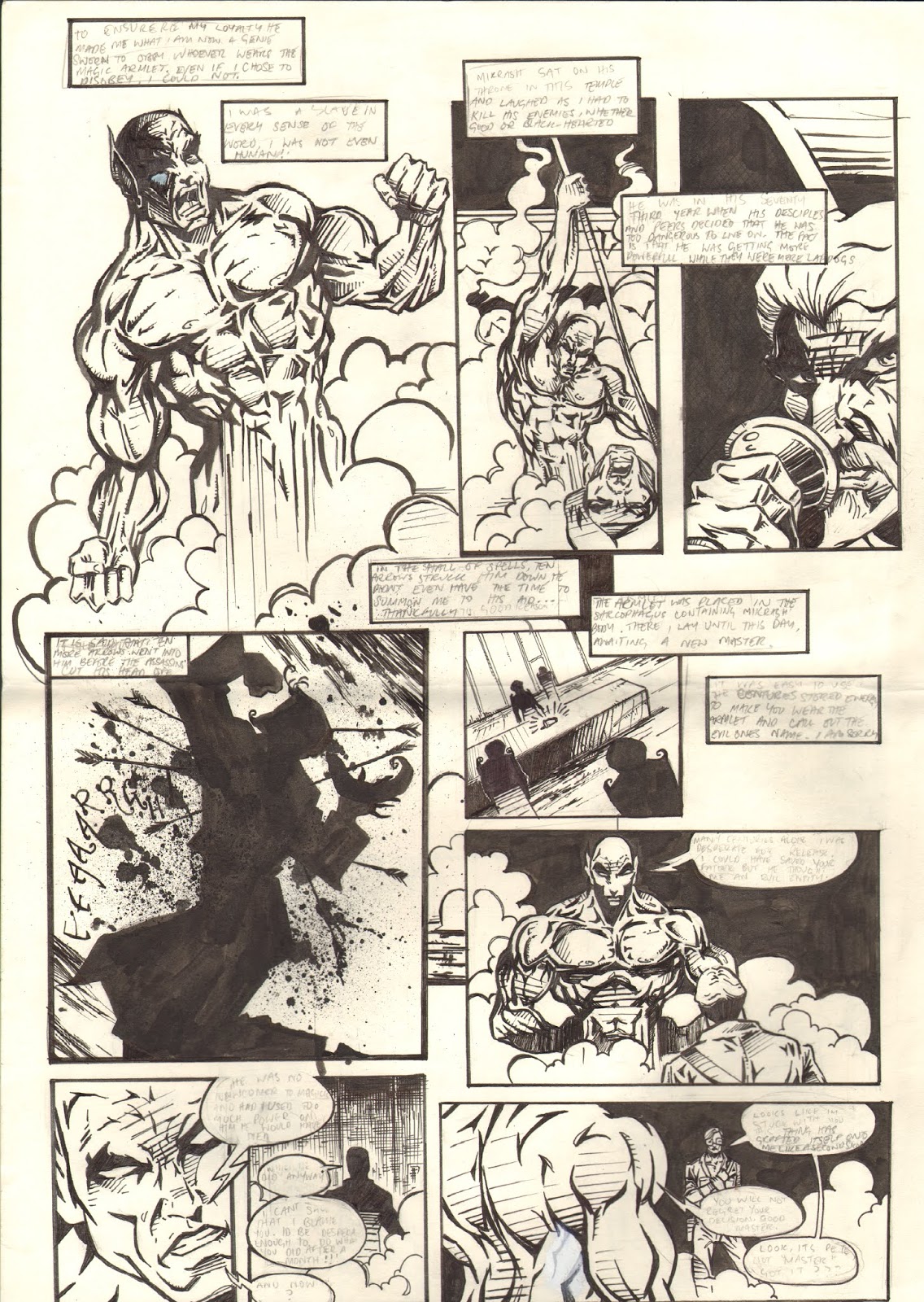 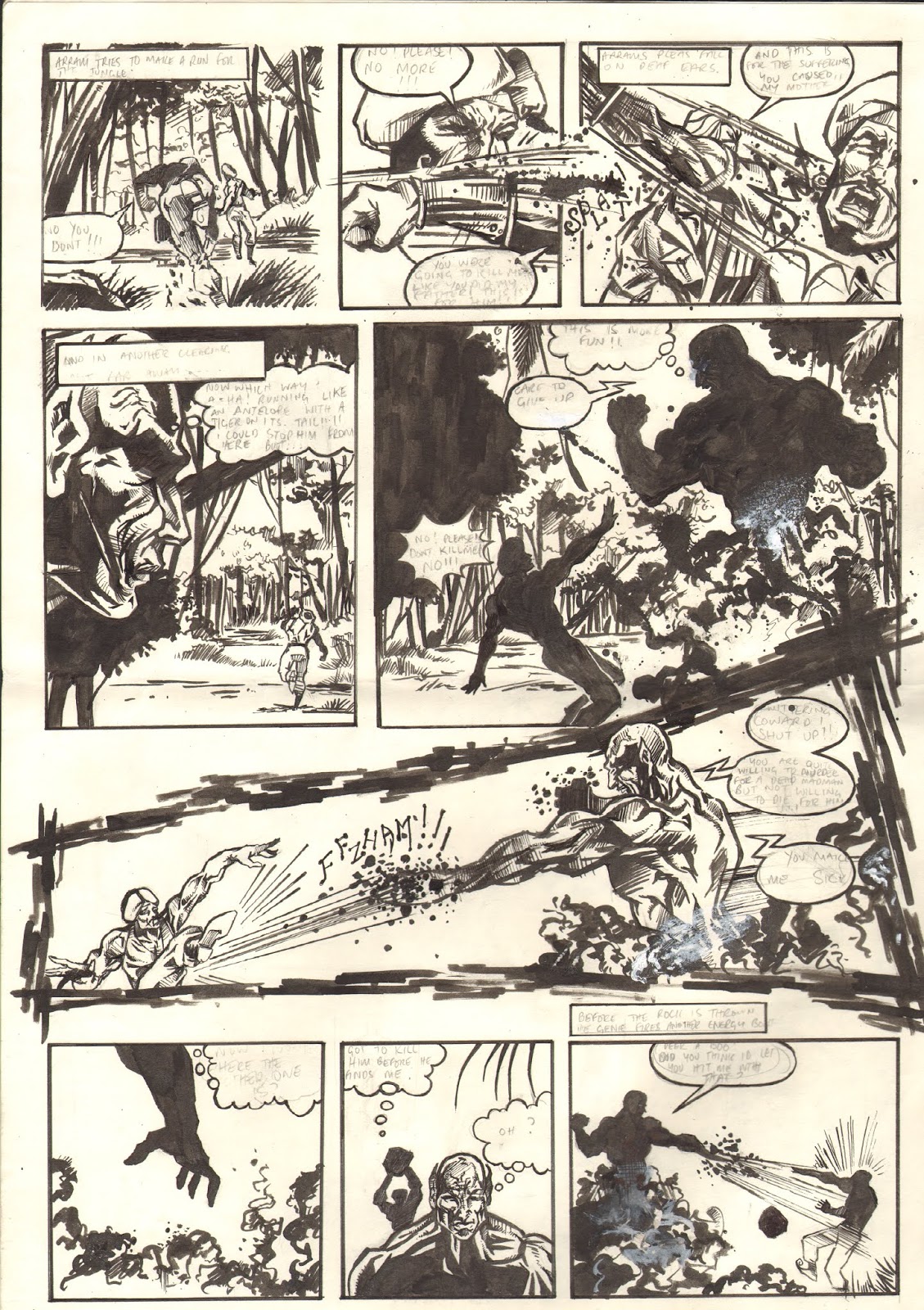 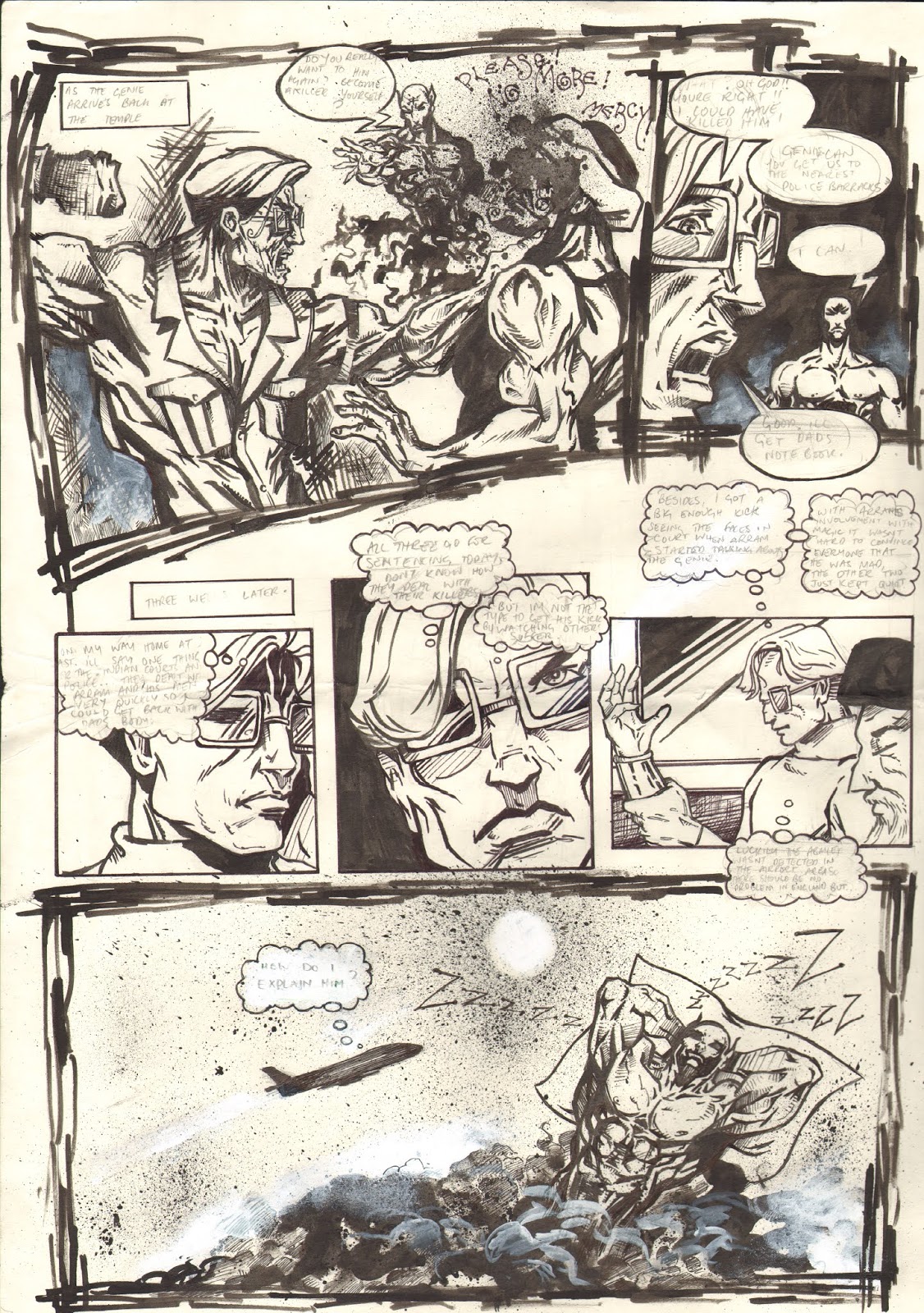 Posted by Terry Hooper-Scharf at 06:34