Eight Million People Visit My Blog And I Sell Books Like Crazy! 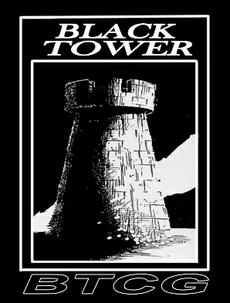 Just look at the views figure at the top of this blog -2228767 and we've gone over all this before but with four of the other CBO news outlets it's something like eight million (that is 8 MILLION) people with, I assume an interest in comics, viewing posts on this blog.

I think the fact that each one of those views would mean, if they are coming direct to CBO or a specific posting, would see the Black Tower Comics and Books postings is important.

Why? Because they have seen my books promoted? Well, in a way, yes.  You see, with CBO and all the other outlets I am getting to an audience very few can.  After all, CBO in its current format is 16 years old.  That's thousands of posts and a world-wide audience (and I've discovered a few countries I've not heard of before!) and it is why publishers send review books because there is that guaranteed readership. No one can guarantee sales -its the publicity that is important to most companies though the ones I am on friendlier terms with have said sales do peak after reviews.

But all of that written you would have assumed that even in the last few years Black Tower would have had a hundred or so sales at worse?  People keep saying to me "I cannot believe that you are not selling your books. Quality looks good and a wide range of genres and all those people checking CBO out you must be selling!"

Firstly, because I know there are a couple of arschlochs out there...the stats on CBO and Google+ and the other sites I have no control over.  In fact, originally, dyscalculia meant I never even realised views had gone over a million let alone 2 million.  I don't watch stats and jumbles of numbers...it took Ben Dilworth to point all this out to me. Someone has to physically visit the blog for a view to be recorded and I only found out a month ago that I was getting hits from countries that Google was not recognising so the figures for views are higher.

This is why I mention all of this because, in a healthy comics industry Independents would expect to get some sales -even if comic shops and distributors will not even bother with us.  So, people are not buying because we are not in the shops?  At events?  I had assumed that in the US with more Indie publishers having tables at events sales for them were good. Yes, I was being that stupid. I forgot the fact that the publishers have to travel, eat, have somewhere to stay but, above all else, pay for high priced tables. It seems that even where Independent publishers sold books they either only paid for the table or lost money.

And we are not DC and Marvel or -I'll not laugh- Image or that other company. I've mentioned that people today know nothing about comics and they read and are told "comics are Marvel and DC" and they see the movies and TV shows are popular so they jump onto that -though it is interesting that it is estimated 75% of people going to see Marvel movies are not aware they are based on comic book characters.

As one person, one publisher I cannot revitalise the Independent comics scene. You know, a lot of the Indie publishers argue and name call and those that do not want their company and name at the forefront and you get ten people wanting that......

It is a mess.  Dealers and stores tend to try to grab as much money as they can and they do not help Independents so screw them.  I've made it clear that the more dealers and shops go out of business the more the others may realise that they need to offer more than DC, Marvel, Image and the other one.

Just read my post about Where The Blame Lies: http://hoopercomicart.blogspot.co.uk/2016/03/where-does-blame-lie.html

We need to get back to one day events where people are charged enough for their tables to cover the venue booking and that is it.  Not about the venue organiser making big bucks. It should be about comics.

And if -if- you are one of the lobotomised, drooling idiots who insists we have "a good and healthy" comics industry in the UK well, go sit in the corner and play with your shoe laces.

Sixteen years and I know what it is like head-butting a brick wall.
Posted by Terry Hooper-Scharf at 07:38