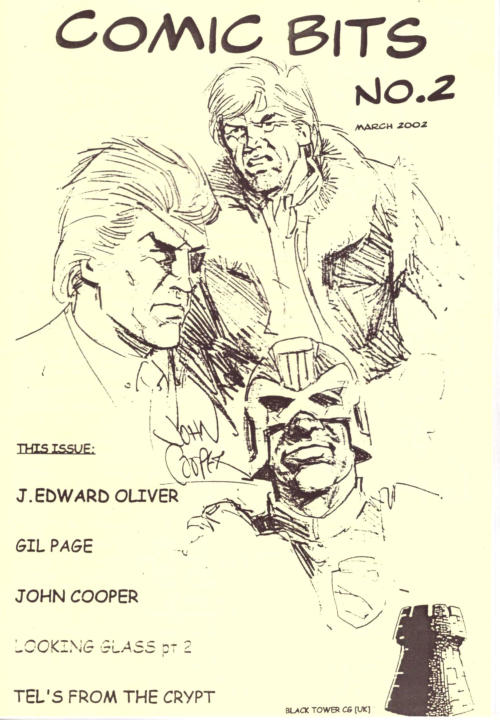 In May, 2007, Jack Edward Oliver (JEO), without doubt one of the greatest British humour strip creators, passed away. He had married his long time girlfriend, Liz, in March of the same year. Liz was kind enough to send me a photograph of "a famous person lived here" Blue Plaque that Jack had designed. 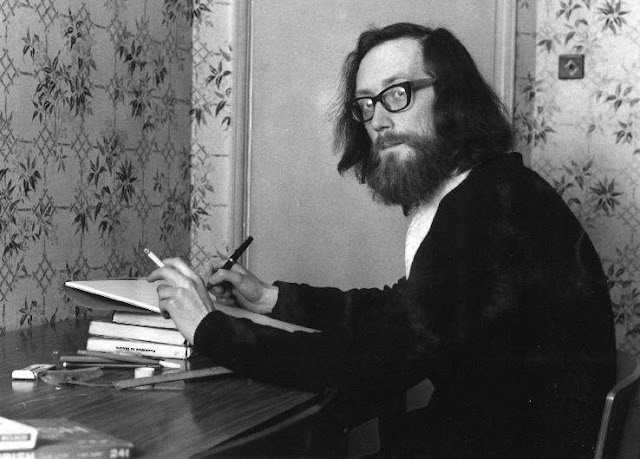 He was a crackpot genius and I interviewed him in 2002 for Comic Bits (the publication, later reprinted in The Hooper Interviews).  The J. Edward Oliver tribute page carries scanned copies of that interview here:

Before you ask: I know I do not normally approve of scanned full interviews, etc., but I am linking to the scanned interview out of respect to the man's genius.

Note how the plaque reads -nothing has changed since except the 'fans'.  Jack was a true genius. 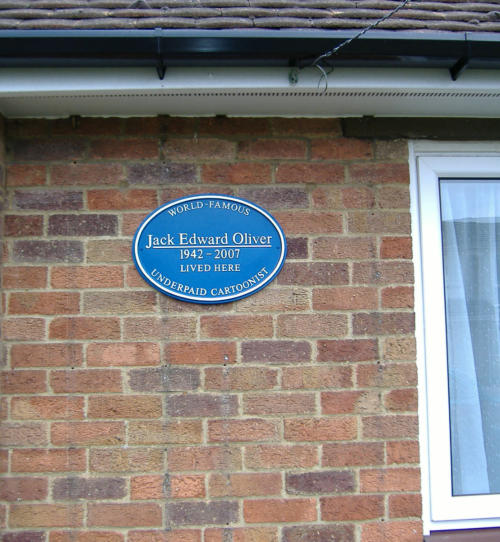 Posted by Terry Hooper-Scharf at 05:55