The Incredibly Zip-Zapping Adventures Of The Zine Zone Zoot Suit Crew In....

This adventure saw the ZZZSC disintegrate.   Jumping Joe had gone into exile in Sumatra.  The J fell into alcoholism and his world fell to pieces. The Panting Pazzer -Old Slow Hand (aka Paul Brown ) fell into tortured depression....all part of the devastatingly dark and deadly plan of the foe who had lurked in the shadows and had not revealed himself until this Final Crisis Zero Point... 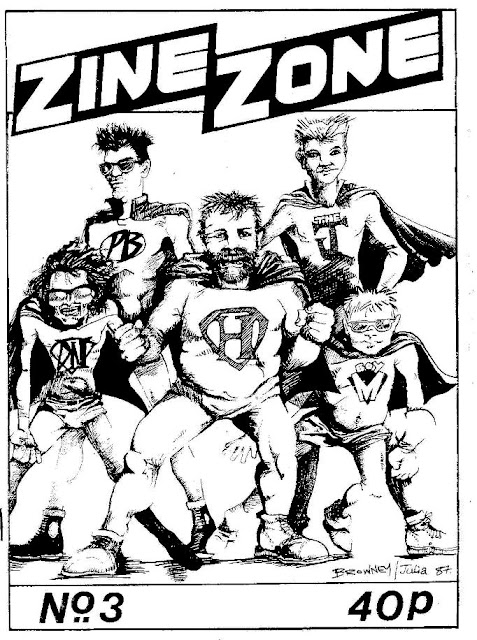 Super Hooper (aka Terry Hooper -but you probably guessed that anyway, right?) was The Human Dynamo (and very attractive as it happens) was unaware of what was happening.  He had re-arranged his 105 comic boxes while finishing off the never-to-be printed Outlaws Of The Urban Forest.

Boy M (Hooper's little brother Mike -bear with me as it all gets explained) was basking in the idolation (is that right or is it "idleation"?  Could be "idolizing" but that's not impoirtant -this is the internet) of the Great One's work when into the apartment burst one Darron Rolph Travers Northall -this is where the story begins so.... 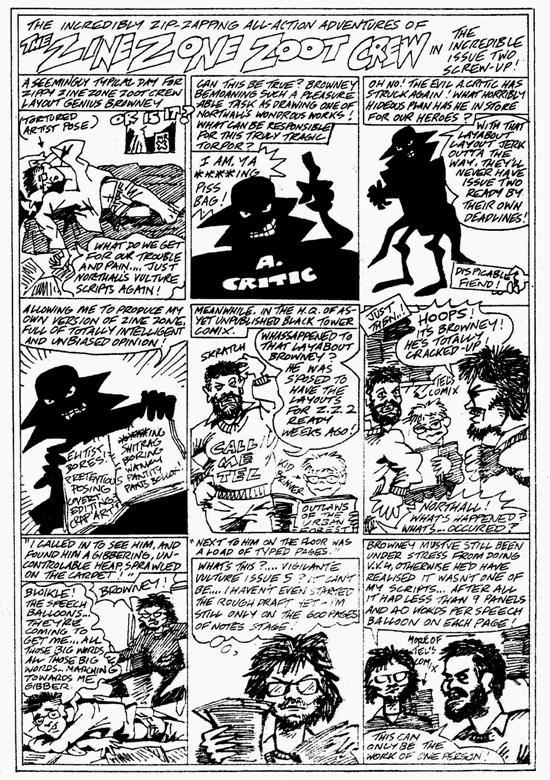 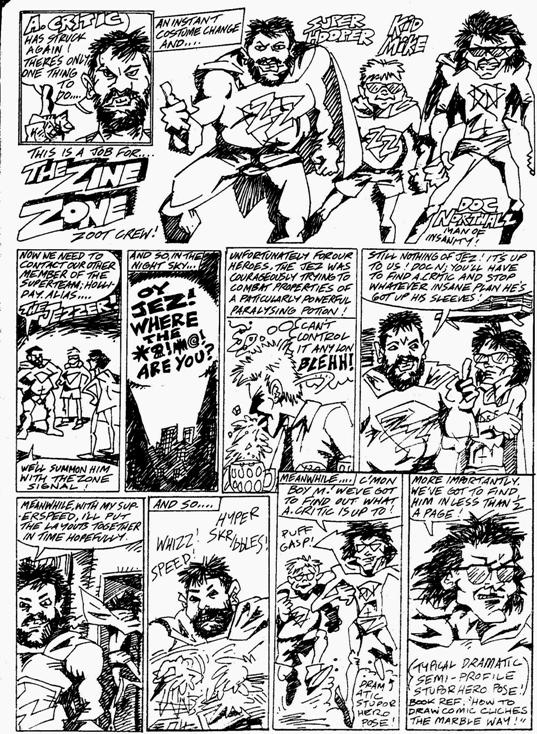 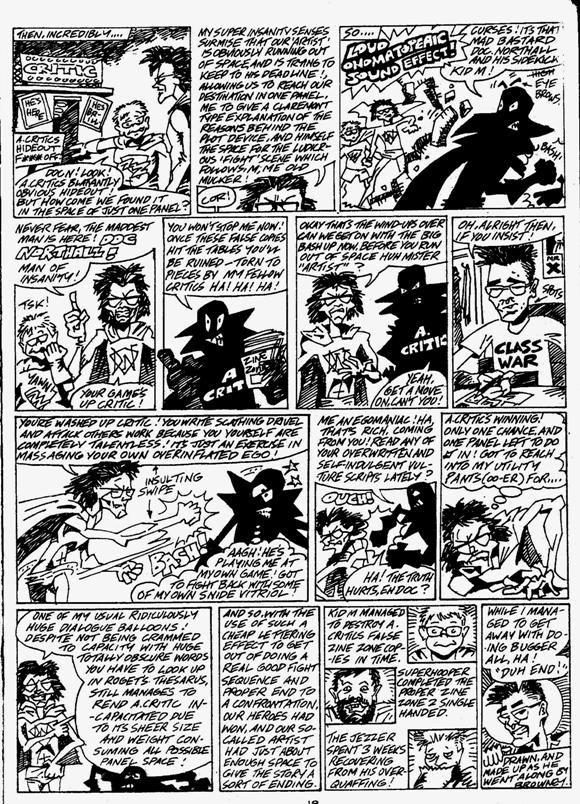 What became of the ZZZSC?

Sadly, Doc N slipped into paranoid delusionalism and was sectioned under the mental health act and, twenty years on, still resides in the Lobobby Home for the Mentally Unwell (Somerset).

Kid M vanished during the 2002 Vile Vortex event in Bristol.

Jezzer was seen being sucked into a breach in interstitial time while walking down Zed Alley in Bristol.  Occasional disembodied voices have been heard in that location.

Browney became a useless bundle of emotional turmoil which was worsened when crippled while combatting The Clot.

Super Hooper remained his usual youthful, analytical self and continues to right wrongs and still passing for being "around 25 years old or so".  Eat your peas, kids.

Posted by Terry Hooper-Scharf at 06:16