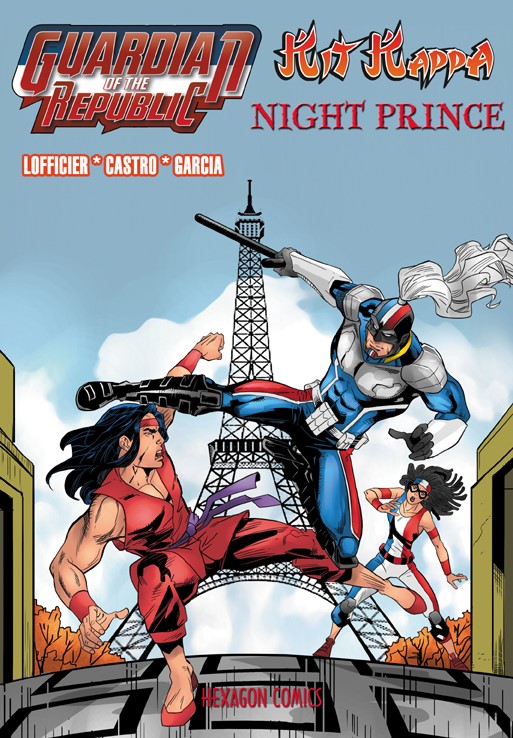 Only the GUARDIAN OF THE REPUBLIC, his sidekick MARIANNE, and the powerful NIGHT PRINCE can stop the mechanical killer. But behind Number-One looms the sinister shadow of its creator, long thought to be dead, who plots to use the robot to further a new, mysterious plan…

The GUARDIAN and MARIANNE, now assisted by KIT KAPPA and AGENT BOURASK of C.L.A.S.H., must uncover ASTAROTH’s real goal, and defeat him before he can inflict more destruction on the City of Lights…

This Santa-mental super-saga full of guest-stars and candy canes, is brilliantly orchestrated by Roberto Castro and Eduardo Garcia.

You could describe this as a sort of Captain America-Master of Kung Fu team up.  The Guardian of the republic pops up all over the Hexago line and there is no reason why he shouldn't really and it would be nice to see him mentioned more in comic forums where, unless it is an American created DC or Marvel character, "foreign created" characters never get a look in.
The art is crisp and clean black and white with some grey tone and to be honest I think any regular reader of CBO knows that I am going to say that this was a great fun read. You will not be disappointed. Just look at this artwork. 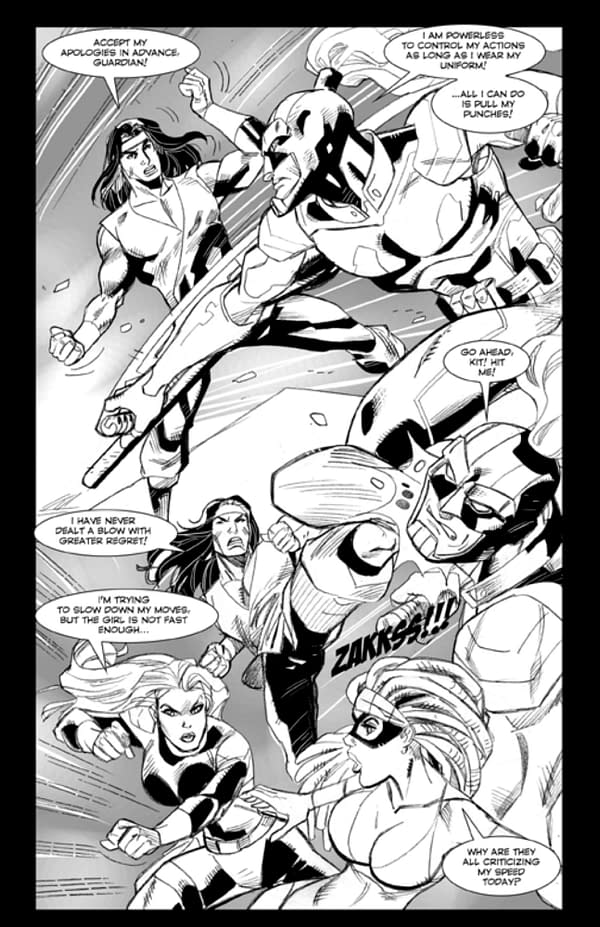 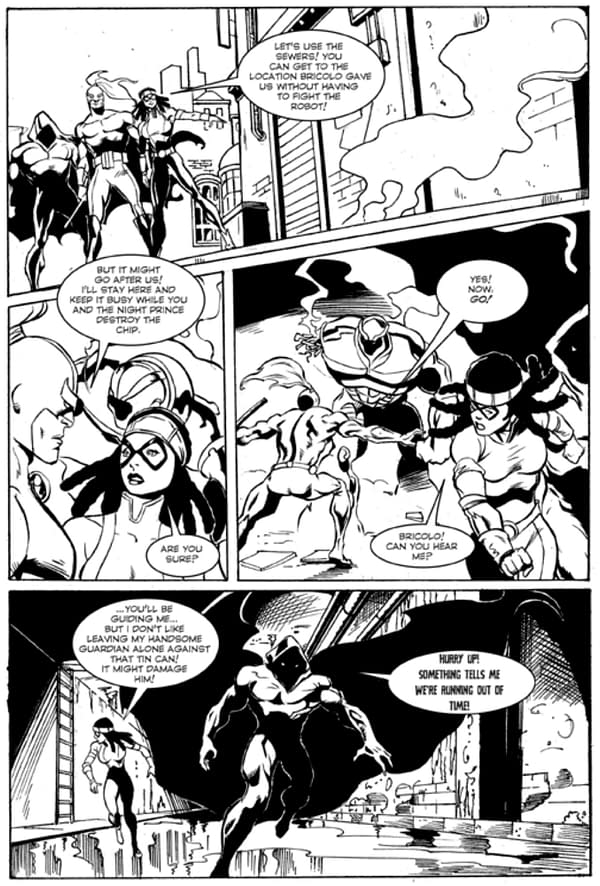 Posted by Terry Hooper-Scharf at 11:06