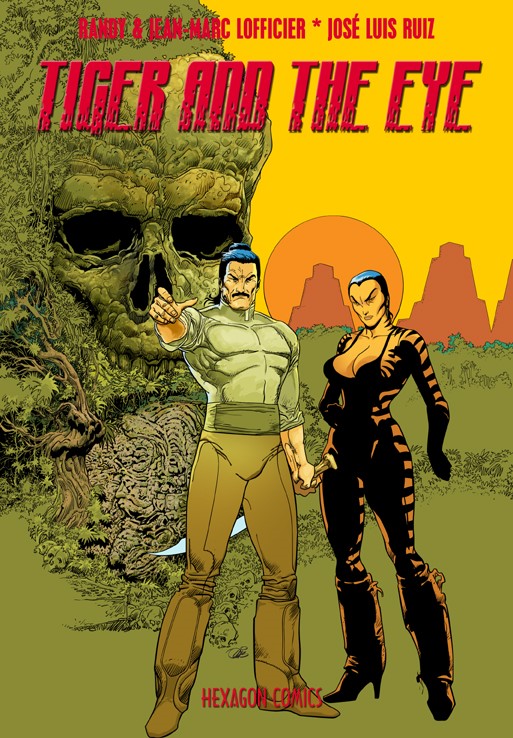 The saga of Tiger and The Eye takes place on an Alternate Earth dominated by Mesoamerican cultures, one on which the Indo-European civilizations never rose to prominence, leaving room for the Mesoamerican cultures to thrive and grow, and create technological advancements unique to that world, including the ability to cross into other worlds by using the much coveted “wayak” technology.

Our two protagonists, the eponymous Tiger and The Eye, are private detectives in the well-trodden tradition of Raymond Chandler, who are led to investigate a series of murders among the aristocracy of their society, and drawn into a web of espionage and deceit that threatens the safety of their entire world.

We've had alternate Earths where the Germans won World War 2 or the Russians won World War 3 but I can't think of anyone having set a story in an alternate meso-american parallel. I like the art style and clean lines with occasional solid blacks and it seems to work well with the story. Reading comics for so long you get that "Oh, that looks like so-and-so's art" pop into your head and that happened a couple times here but it did not affect the story.

The story had a few twists and filled in a lot about this meso-American parallel and how things work there -don't worry there is still blood and heart removal -plus flesh eating savages. I think if the regular hexagon heroes cross over into this one there could be a few problems!

As a one-off this was a bit of a surprise as I had no idea what to expect after all this is not a super hero book. It shows that Hexagon Comics can be novel and inventive.  Well worth reading. 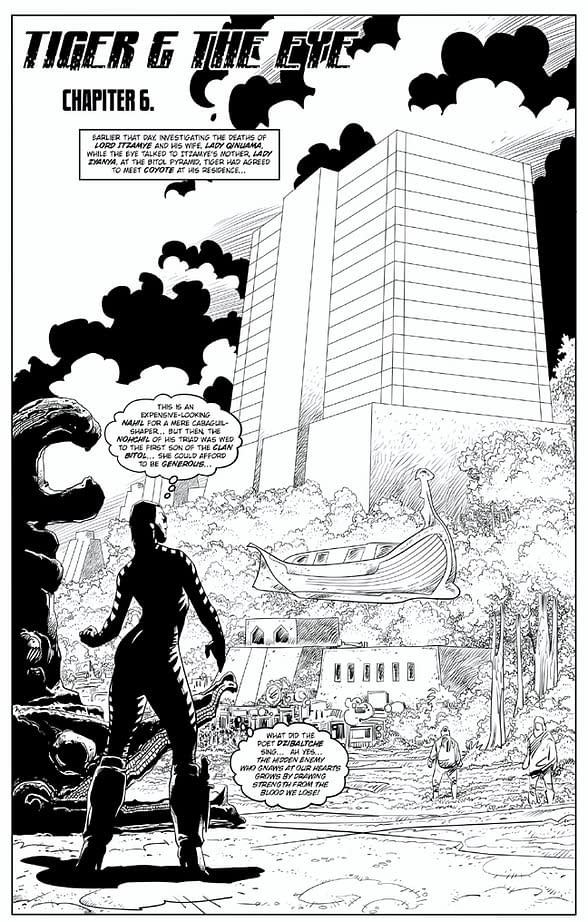 Posted by Terry Hooper-Scharf at 06:17