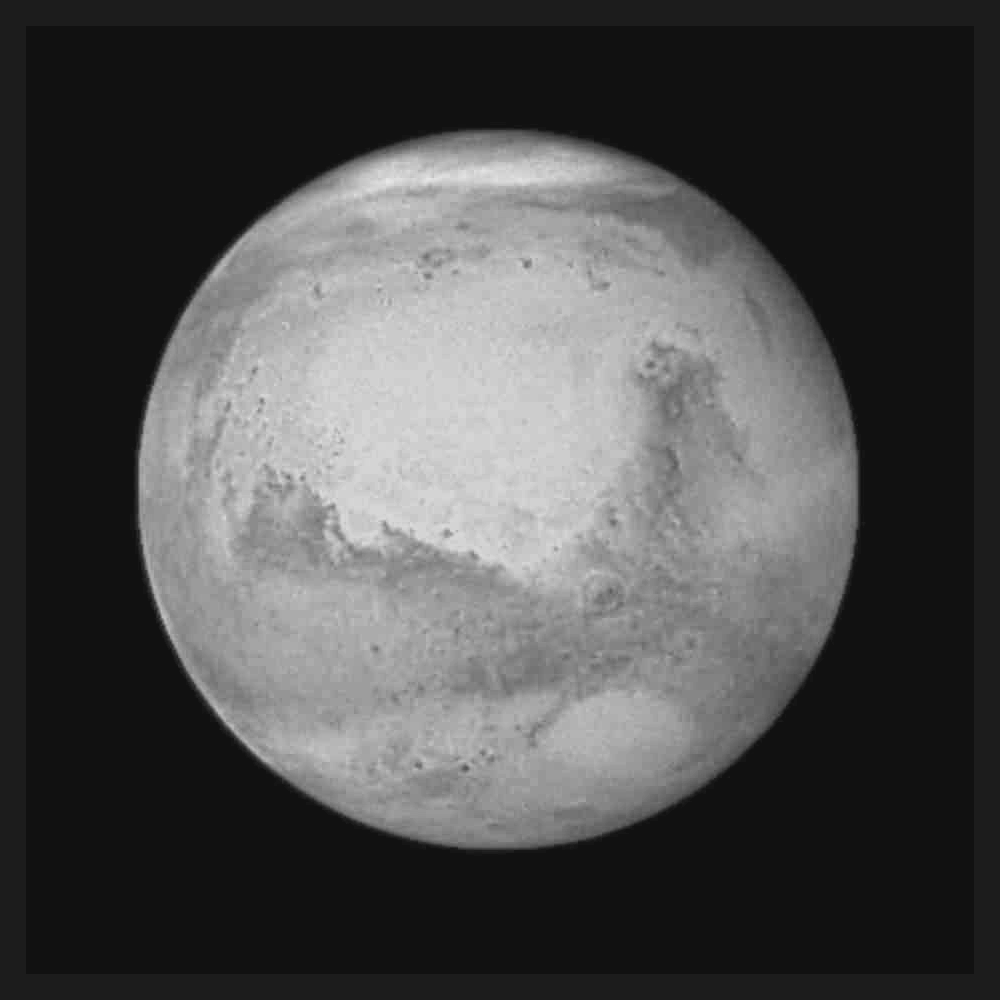 Conspiracy theorists are spreading the word that underground Martian colonies have been attacked in some kind of "massive UFO invasion of the solar system" and they cite the confusion amongst the scientific community and its inability to offer a concrete explanation as further proof.  On top of this, the United Nations Outer Space Affairs Division (UNOSAD) has refused to comment on the matter but forces under its command have been placed on high alert.

Imminent alien invasion or a connection to the recent Green Skies?

Below: Image from NASAs Rosetta probe showing a thermo-nuclear explosion on Mars? 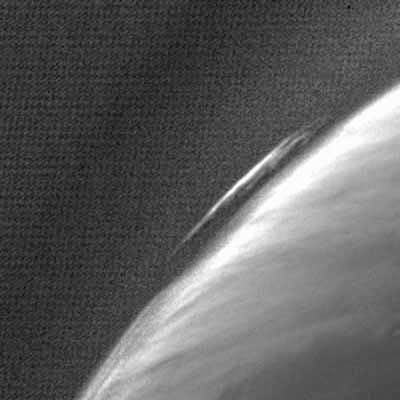 Below: further evidence of another thermo-nuclear explosion on Mars? 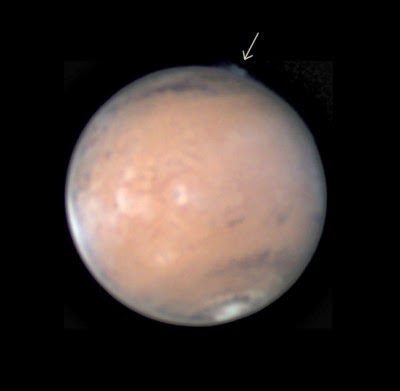 Here is how science is trying to deal with the mytery on Mars:

Hypotheses to explain the clouds include aurorae, dust from a volcanic eruption and water or CO2 ice particles

Enormous cloud-like plumes reaching 260km above the surface of Mars have left scientists baffled. This is way beyond Mars’s normal weather, reaching into the exosphere where the atmosphere merges with interplanetary space. None of the conventional explanations for such clouds make sense—neither water or carbon dioxide ice nor dust storms nor auroral light emissions usually hit such heights.

These “mystery clouds” came as a surprise, in particular when considering they were first spotted by a string of amateur astronomers in 2012. After all, an international fleet of five orbiters and two rovers is currently operating on and around Mars, and one may be excused thinking the red planet has little left to hide and its exploration has become routine.

A survey of images from the Hubble Space Telescope and amateur astronomers revealed massive clouds had been seen on Mars before, but none as prominent as the 2012 observations.

So what caused these clouds? An international team of scientists led by Agustin Sánchez-Lavega has now published an investigation in the journal Nature.

Martian lights?
Perhaps these clouds could be aurorae—similar to the northern lights (aurora borealis) here on Earth, or their southern counterpart aurora australis. These displays happen when the Earth’s magnetic field channels charged particles emitted by the Sun towards the poles, where they interact with the atmosphere and emit light.

Mars does not have a global magnetic field, only pockets of magnetisation. The mystery clouds were spotted over one of these so-called magnetic anomalies, and auroral lights have been observed there previously.
However, to explain the 2012 observations, an aurora would have had to be 1,000 times brighter than the northern lights. This would require an increased flow of charged particles from the Sun, but its activity was not unusually high during the time.

Storms and smashes
Could dust be the culprit? A volcanic eruption or an asteroid impact were among the earliest theories about these clouds’ origin.

New eruptions on Mars are plausible, though we’re yet to observe any active volcanoes on the planet. The youngest lava flows reported are a few million to tens of million years old, which is recent in geological terms.

Mars’s thin atmosphere offers little protection against asteroids, and its surface is pockmarked with impact craters. Cameras on board NASA’s Mars Reconnaissance Orbiter have documented the appearance of hundreds of new craters in the nine years since the spacecraft arrived at Mars.

However, both theories were quickly discarded because they were inconsistent with the behaviour of the clouds. Continued observations showed that they disappeared during the Martian daytime, were not visible in the evening, and reappeared each morning for at least ten consecutive days.

This also rules out dust storms, which frequently engulf large areas of the planet’s surface. Furthermore, the wavelength profile of the light reflected by the mystery clouds is a poor match for Martian dust particles.

Not cold enough for ice
That leaves water or carbon dioxide ice particles, which fit the wavelength profile of the reflected light. Both water and carbon dioxide molecules also occur naturally in the atmosphere at these heights.

However, to form these clouds both substances would need to condense into ice particles. This would require the atmospheric temperature at these heights to drop suddenly by up to 100˚C. We’ve no idea what would cause such a drop, and we’re yet to spot such a massive, localised cold snap.
Sánchez-Lavega and co-workers thus declare that their “explanations defy our current understanding of Mars’ upper atmosphere” and their investigation only partially lifts the shroud surrounding these mysterious clouds.

Martian mysteries
High altitude clouds are not the only Martian mysteries keeping researchers on their toes. One question driving the exploration of the red planet is whether there has ever been life on Mars. Latest results by NASA’s Curiosity rover reaffirm that the planet provided habitable conditions in its past.

Water is the most important prerequisite for life. One explanation for the ongoing formation of gullies and related features, for example, is liquid water at or near the Martian surface even during the currently prevailing extreme dry and cold conditions. And while there are many possible explanations for the enigmatic whiffs of methane observed on Mars, one of the most exciting is the production by microorganisms living just below the surface.

Part of the fascination of Mars exploration is that it is very much about understanding our own origins and future. As the example of the mystery cloud observations shows, everybody has a chance to participate in unravelling the red planet’s mysteries.

The clock stands at25 seconds to Midnight.

this is a Green Skies promo NOT reality!!
Posted by Terry Hooper-Scharf at 04:55