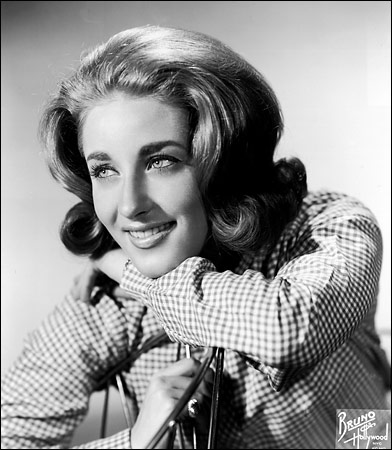 Singer Leslie Gore, who topped the US charts in 1963 with her song about teenage angst called It's My Party, has died.

Her hits in the early 60s also included Judy's Turn to Cry, You Don't Own Me, She's A Fool, That's The Way Boys Are and Maybe I Know.

Gore, who had cancer, died aged 68 at New York-Presbyterian Hospital in Manhattan.

The American singer was discovered by Quincy Jones as a teenager and signed to Mercury Records.
She co-wrote with her brother, Michael, the Academy Award-nominated Out Here On My Own from the film Fame.

Gore, who was born in Brooklyn and raised in New Jersey, also played Catwoman's sidekick in the TV show Batman in 1967.

She also co-wrote My Secret Love for the film Grace of My Heart which was released in 1996.
And a couple of years later, she appeared in Smokey Joe's Cafe on Broadway.


Gore had been working on a stage version of her life with playwright Mark Hampton when she died.
Posted by Terry Hooper-Scharf at 02:22