The Legend That Is Martin Filchock: "Most Prolific Contributor To Golden Age Comics"

From his childhood, Martin "Marty" Filchock knew he had a talent for cartooning — and he knew he loved it.

He loved it so much, he did it for almost 90 years.

Mr. Filchock, 100, died Sept. 5, having been in hospice care after a series of strokes. He continued drawing for all but the past few months of his life, said his daughter, Joanne Filchock.

Mr. Filchock's "life goal was to be the oldest actively working American cartoonist, and he reached that goal," she said.

A self-taught artist who was considered a pioneer for his Golden Age comic books work, Mr. Filchock drew the Mighty Man! comics in the late 1930s and drew several comic book strips for The Funny Pages and Centaur Comics. From the 1950s to the 1980s, he drew gag cartoons that he sold to a number of national magazines. He also illustrated books and drew for the Rogersville Review newspaper in Hawkins County, where he lived before moving to Knoxville two years ago to live with his daughter.

He was well known for his "Check and Double Check" puzzle in Highlights for Children magazine, which he drew for more than 40 years. His daughter said he loved children, and was extremely affectionate, generous and supportive as a father and grandfather. He also loved his dogs, boxer-black Lab mixes he named for his features: Check, Double Check and Puzzles.

"He was hilarious, constantly cracking jokes," Joanne Filchock said. "People flocked to him because of his sense of humor."

He had stories to tell as well, she said. Born in Pennsylvania, Mr. Filchock worked in the Civilian Conservation Corps and traveled the country by boxcar during the Great Depression, adventures that spawned his characters Obo Ossie and the C.C. Kid (for "civilian conservation.") He pitched semi-professional baseball for a time and served in the U.S. Army during World War II. He drew gag comics for Army magazines while in the service. During Joanne Filchock's childhood, he was her primary caregiver, she said. During his senior years, he was caregiver for wife Sylvia for 15 years before she died of Alzheimer's disease.

Joanne Filchock said some of her father's original work, drawn before he became ill, are still being published for the first time.

"I knew from my earliest memories that he was talented" as an artist," she said. As a father, grandfather and friend, "he was just delightful." 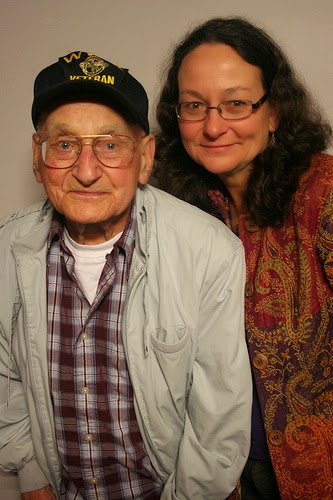 Above: Martin Filchock and Joanne Filchock.  I found this photo after a couple hours searching but every time it says "visit page" I get nothing.  So, I'm guessing, photo (c)2015 Joanne Filchock. 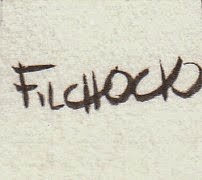