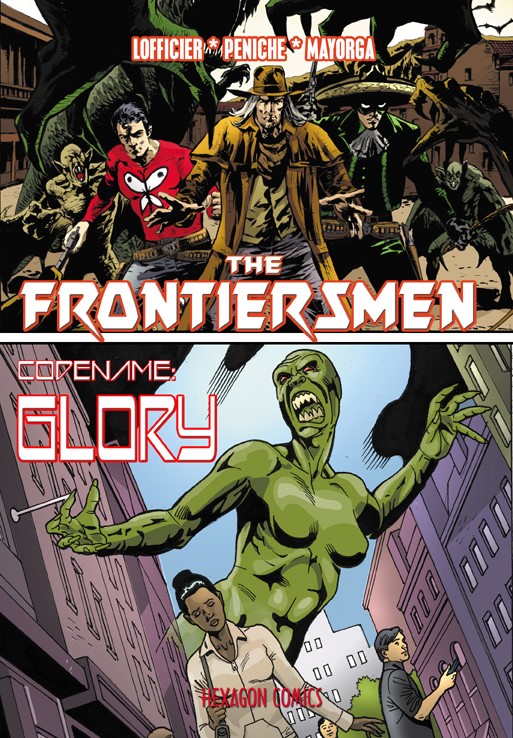 The Frontiersmen: In the 1860s, the U.S./Mexico border is the theater of strange phenomena, the appearances of monstrous creatures and supernatural threats. To fight them, Stormshadow, the powerful shaman of the Twilight People, gathers around him The Sparrowhawk, Don Juan Ortega y Perez, the legendary hero who fights injustice in war-torn Northern Mexico, and the mysterious Drago, a Texan Avenger trained by an Indian Shaman who is descended from a long line of heroes. In this, their first adventure, the newly-assembled “Frontirezos” must defeat the vampiric hordes of Shadrak, or risk the collapse of time itself….

Codename: Glory: Soeurette Lagloire looks like a young and pretty Haitian girl who’s come to New York to become a singer, but few know that she is, in reality, Jaydee’s sister, Salamandrite No.57, a terrifying living weapon created by the legendary Weapon Makers of Zade from another galaxy. Occasionally assigned perilous mission by her CLASH handler, she must now tackle the fearsome Zombie Master who lurks somewhere in the abandoned tunnels of the New York subway...
Manuel Martin Peniche's work kept reminding me of something then it struck me: the old black and white Marvel comic magazines of the 1970s/1980s. Look at that cover image of the Frontiersmen -last time I got this excited about a group of hombres slapping leather (oh, behave!) was when Carlos Pacheco drew Two-Gun Kid and others in Avengers Forever.  Why is it that Marvel cannot produce these types of comics today because this was fun...and that final panel! 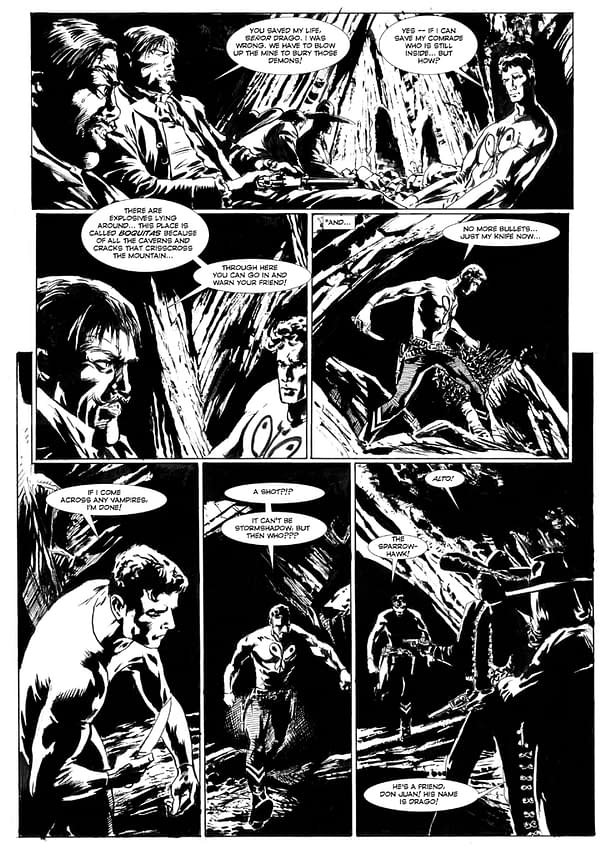 Of course, Mayorga on Code Name: Glory works his wonderful style and I have a feeling that Soeurette is going to find her wish of "just being a singer" thwarted in future. 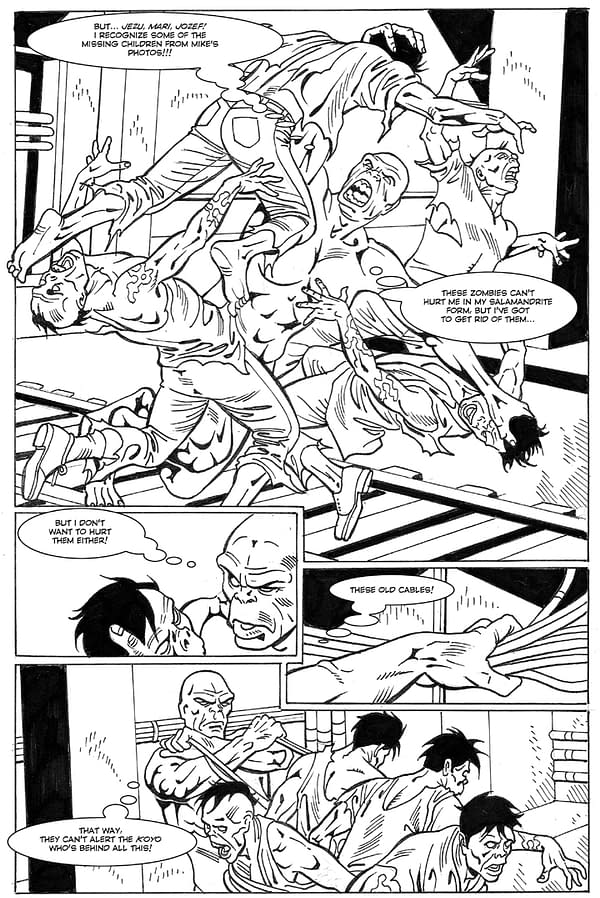 These books have been like a breath of fresh air and though they may not be in comic stores (for various reasons) you can buy them straight from Amazon where ever you are and that's a good way to buy (unless you miss the smell of sweat and musty books in comic stores).
Again, a book I would recommend.
Posted by Terry Hooper-Scharf at 06:26