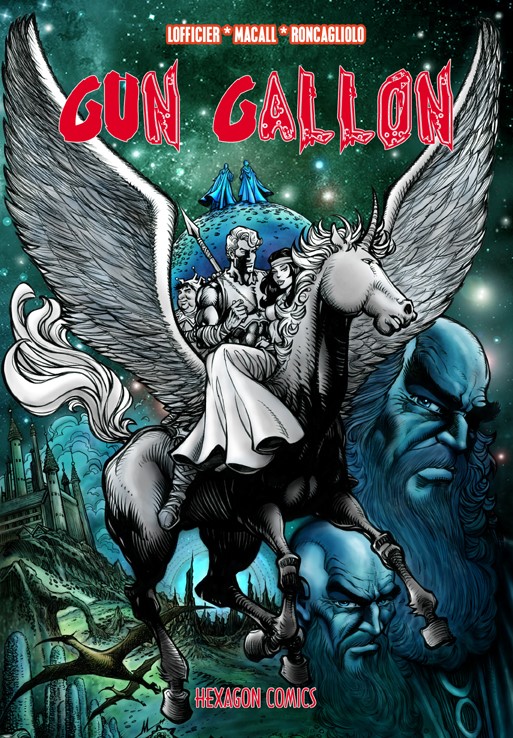 7x10 squarebound comic,
48 pages
b&wISBN-13: 978-1-61227-981-7
US$9.95
Order via: jmlofficier@yahoo.comGun Gallon was created in 1968 by the legendary Italian artist Lina Buffolente. It was one of Editions Lug’s longest-running series, lasting until 1983.
In the early 2000s Gun Gallon returned as part of the Hexagon group of heroes and, since then, has guest-starred in a recent series of Strangers.
Gun Gallon is a pure fantasy hero in the mold created by Edgar Rice Burroughs. The recap episode presented here, drawn by famed Mexican artist Alfredo Macall, was designed to reintroduce the character to a new audience, as well as retell his origins...
By what miracle did he become the Champion of the world of Orios? What mysterious power drew him to this planet with two suns and three moons? And why? Who was responsible for the cruel deaths of his parents and, later, his wife? What hidden help did he receive along the way? How did he become a member of Hexagon ? Did he really fight alongside the Guardian of the Republic? And who made his companion Milord the Supreme Sorcerer of Orios?
All these answers and more in this book, recounting the legend of Gun Gallon...
Also included here is an 11-page back up featuring DICK SPADE, REVENANT.


It suddenly struck me while reading this that Macall's work looked similar to a UK artist of the 1980s -John P. Welding. This is interesting book and has a definite "old feel" to it which works considering its subject matter. More Sword and Sorcery meets Flash Gordon it is enjoyable and has a lot of nice detailed artwork to carry along Lofficier's story smoothly. 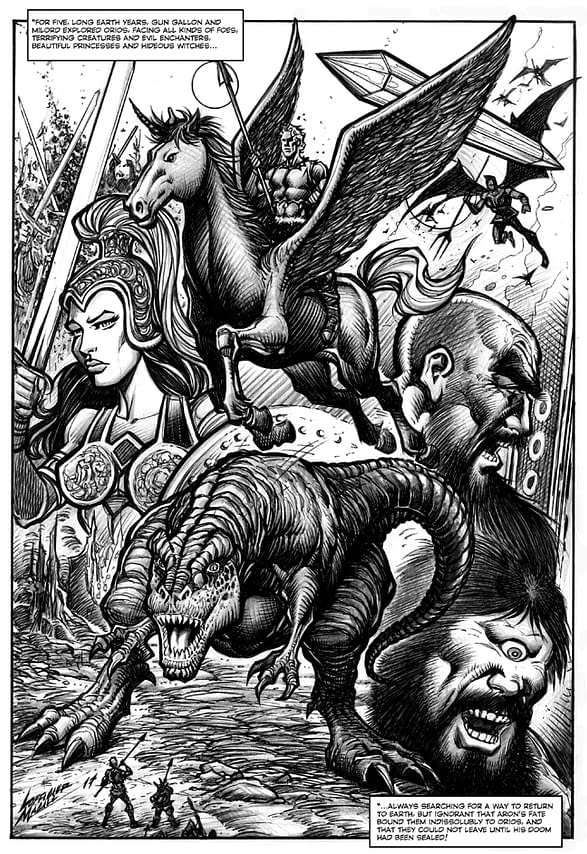 If you want to have a change from Marvel, DC or Image then give this book a go -in fact you would be treating yourself in buying some of the other titles already detailed on CBO.
A note: if ordering contact Lofficier to do so as most of the Hexagon books I have are not listed on Amazon.
Posted by Terry Hooper-Scharf at 05:31