Hexagon Comics: Guardian of the Republic & Zembla -THE RESURRECTION OF LORD RAVEN! 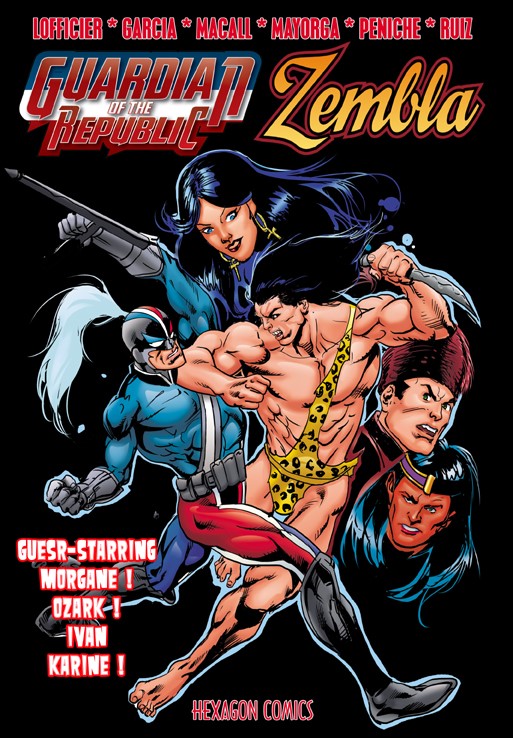 7x10 squarebound trade paperback,
56 p. b&w
ISBN-13: 978-1-64932-068-1
US$12.95
https://www.hexagoncomics.com/shop-guardian-of-the-republic-zembla-morgane-ozark.html
After the mighty shaman Ozark triumphed over the evil wizard Maleficus, the seven powerful mystic gems known as the "Fingers of Shivar" were scattered through time and space. But the witch Alecto plots to reunite them in order to take revenge on Morgane, whom she holds responsible for the death of her lover, the sinister Lord Raven, and resuscitate the latter in the body of Maxime Saint-Clair, the Guardian of the Republic! Only the combined efforts of Zembla and Ozark can save the French hero from such a dreadful fate. Guest-starring: Ivan Karine the Cossack and the Napoleonic Guardian! This prodigious saga takes us from Tsarist Russia to the City of Lights via the African Republic of Karunda and Rapid City, South Dakota. It is brilliantly illustrated by the Hexagon Comics team: Eduardo Garcia, Alfredo Macall, Manuel Martin Peniche, Gabriel Mayorga, José Luis Ruiz Pérez, and Roberto Castro!
How to compare the cover to something that used to excite us when comics were hand drawn and a good cover illo got us spending our pocket money.  Captain America versus Ka-Zar would cover it.  Super hero versus a jungle lord which would have had us parting with those pennies at warp 6.
And the guest stars -well the Hexagon Top 100 characters book certainly comes in handy! The story is good old heroic action and a good read with each of the artists producing the good art I've learnt to expect from Hexagon Comics. It's difficult to review a book like this without giving too much away and spoiling it for a reader -the blurb above says it all really and I cannot find any negatives here at all.
Looking at this and the other Hexagon Comics it reminds me of the great promise that Martin Lock's  Harrier Comics showed in the 1980s.  These comics never talk down to readers or pretend to be something  they aren't. They are good comic fun from cover to cover with the promise of "just one more adventure" at the final page.
Unboxing my aged camera this is the best I can do so remember the books themselves are 100 times better! Oh, that's my thumb on one page and it does not come with the comic :-) 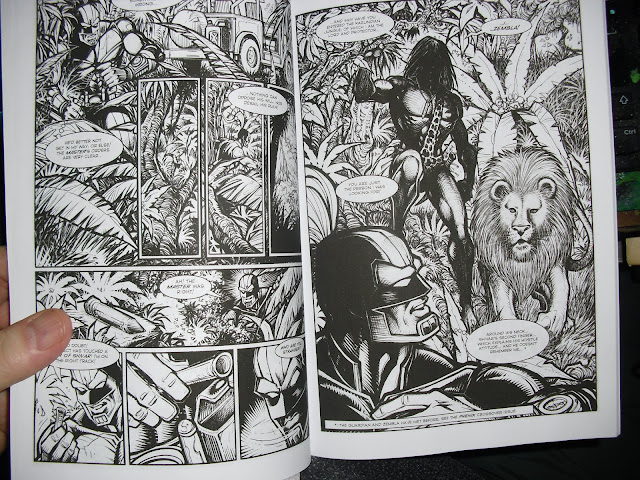 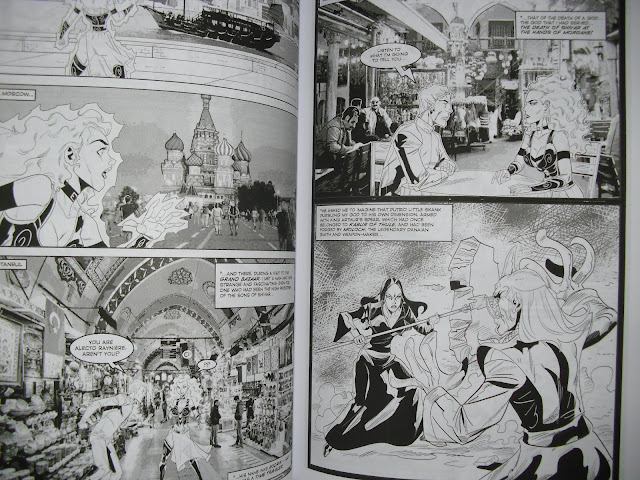 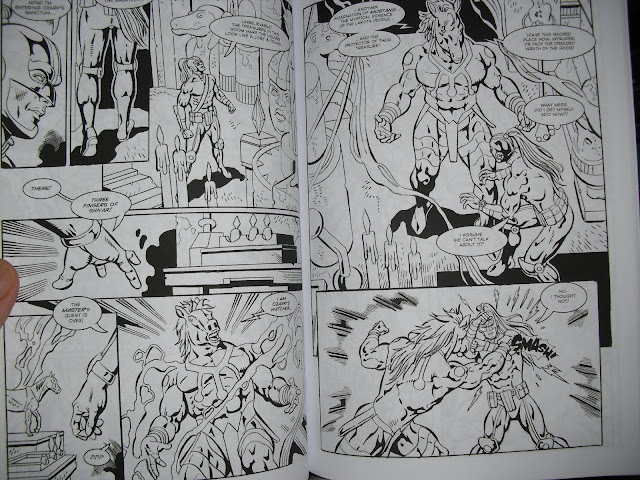 Posted by Terry Hooper-Scharf at 05:44