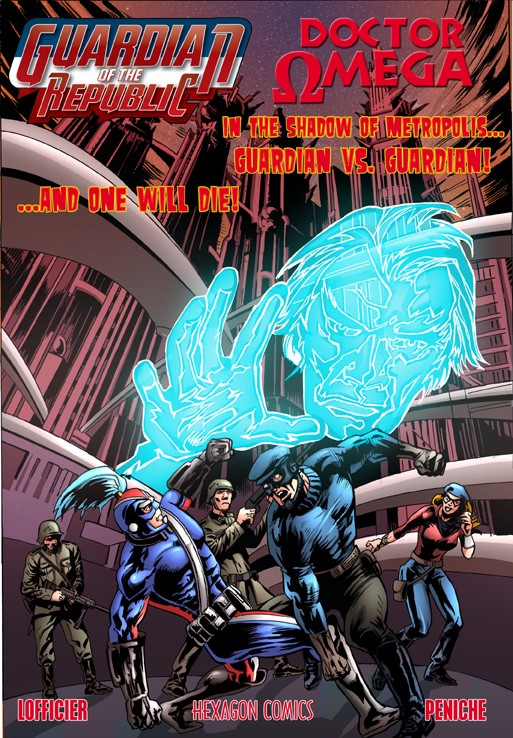 Berlin, April 1945... Amidst the ashes of the Nazi defeat, a quartet of mad scientists decides to continue the experiment of the Third Reich by creating a futuristic version of Nazi Germany, which they christen—Metropolis!

The Guardian of the Republic and Marianne, on leave from the Partisans, managed to infiltrate Metropolis at the time of its creation, but become its prisoners while it now threatens to invade and conquer other dimensions...

The mysterious space-time traveler known only as Doctor Omega joins forces with the modern-day Guardian to destroy Metropolis, but what will happen when these two Guardians from different eras clash... What if one of them was to commit the ultimate sacrifice?

An essential chapter in the prodigious history of the Guardian of the Republic is revealed at last, brilliantly illustrated by Manuel Martin Peniche.

The Guardian is, if you have not gathered so yet, Hexagon's Captain America counter-part. To date we've seen him in all types of adventures including one based in the future -if you are wondering about that one then you have not been rreading the reviews, have you? Also no good looking up Doctor Omega in the Hexagon Comics Top 100 Characters book -he ain't in it!

Fritz Lang really started something with that movie! (Metropolis 1927...you have seen it?) Nice little twist at the end and one more piece of Guardian history which seems to get quite complicated at times. 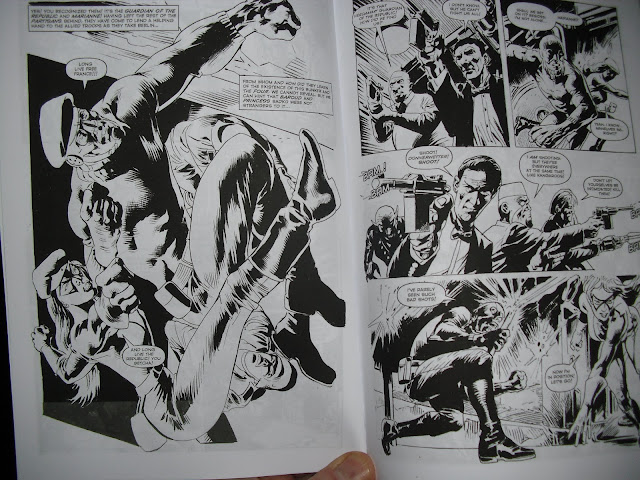 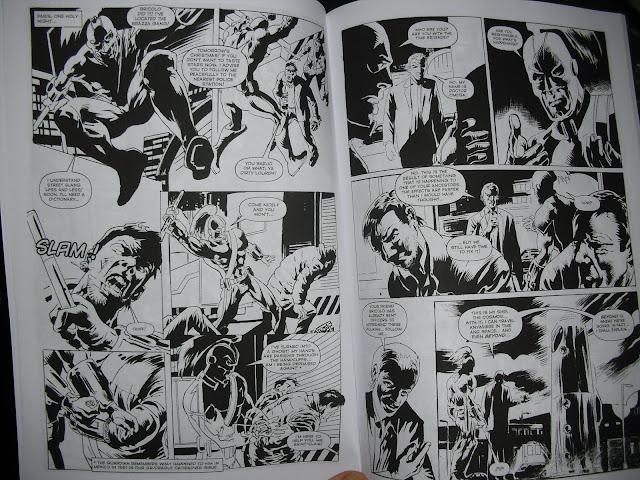 Posted by Terry Hooper-Scharf at 06:07